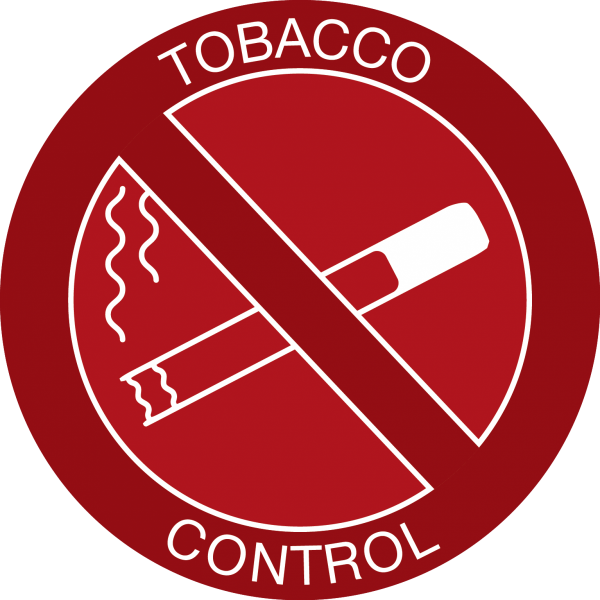 Nigeria’s tobacco control community yesterday (July 29) organised a Thank You Dinner to honor lawmakers and public officials who played crucial roles that led to the passage of the National Tobacco Control (NTC) Act 2015 and its Regulation.

Among those recognized for their efforts were former Federal Minister of Heath, Professor Isaac Adewole, Director General of the Federal Competition and Consumer Protection Commission (FCCPC), Mr. Babatunde Irukera, and Permanent Secretary of the Federal Ministry of Health, Abdullahi Mashi, represented by Dr. Evelyn Ngige.

In her welcome words, Sub-regional coordinator (West Africa), of the Campaign for Tobacco-Free Kids (CTFK), Hilda Ochefu said that the dinner was conceived to thank allies for standing by the CTFK and its partners to ensure Nigeria domesticated the World Health Organisation – Framework Convention on Tobacco Control (WHO-FCTC)

Ochefu explained that tobacco use still remains thesingle most preventable cause of deaths worldwide, capping over 7 million deaths annually and another 890, 000 people that die from second hand smoke.

She noted that though it took Nigeria ten years to domesticate the WHO-FCTC and another three years to come up and approve with its Regulations, the journey is not yet over because immediate implementation which is yet to begin, is key.

Giving a brief history of Nigeria’s journey to passage of the NTC Act in 2015 and the approval of the Regulations in June 2019, Deputy Executive Director of the Environmental Rights Action/ Friends of the Earth Nigeria (ERA/FoEN), Akinbode Oluwafemi said the journey started with Nigeria’s ratification of the World Health Oreganisation – Framework Convention on Tobacco Control (WHO-FCTC) in 2005.

Oluwafemi was represented by ERA/FoEN Head of Media & Campaigns, Philip Jakpor, who noted that before the NTC Act, the Tobacco Smoking (Control) Decree 20, 1990 which had provisions prohibiting smoking in certain public places existed but was not enforced. With Nigeria’s transition from military to democratic governance in 1999, the decree was converted to an Act titled “Tobacco (Control) Act 1990 CAP, T16.

Jakpor pointed out that the phase that culminated in the current comprehensive law, started in 2005 when Nigeria ratified the World Health Organisation Framework Convention on Tobacco Control (WHO FCTC) and the processes leading to it, including engaging principal officers of the National Assembly and officials of the Federal Ministry of Health. Former president, Dr. Goodluck Jonathan, by signing the National Tobacco Control (NTC) Act in 2015, domesticated the WHO-FCTC.

He further explained that some of the provisions of the NTC Act were unenforceable and required Regulations which were finally approved by the eighth National Assembly in June 2019.

According to him, the processes would not have yielded fruit without collaboration with officials of the Federal Ministry of Health and members of the National Assembly, who, against all odds, sided with Nigerians to ensure the law is passed.

In their remarks, former Health minister, Professor Isaac Adewole and Director General of the FCCPC, Mr. Babatunde Irukera emphasized the dangers of the tobacco menace, emphasizing in particular, innovations such as shisha that is now increasingly being marketed as less harmful when it was in fact the opposite.

While Irukera promised that the battle to regulate tobacco products and marketing would intensify, Professor Adewole said his exiting government would not limit his support for tobacco control causes.

The event was capped with photo sessions, nice music and dance.