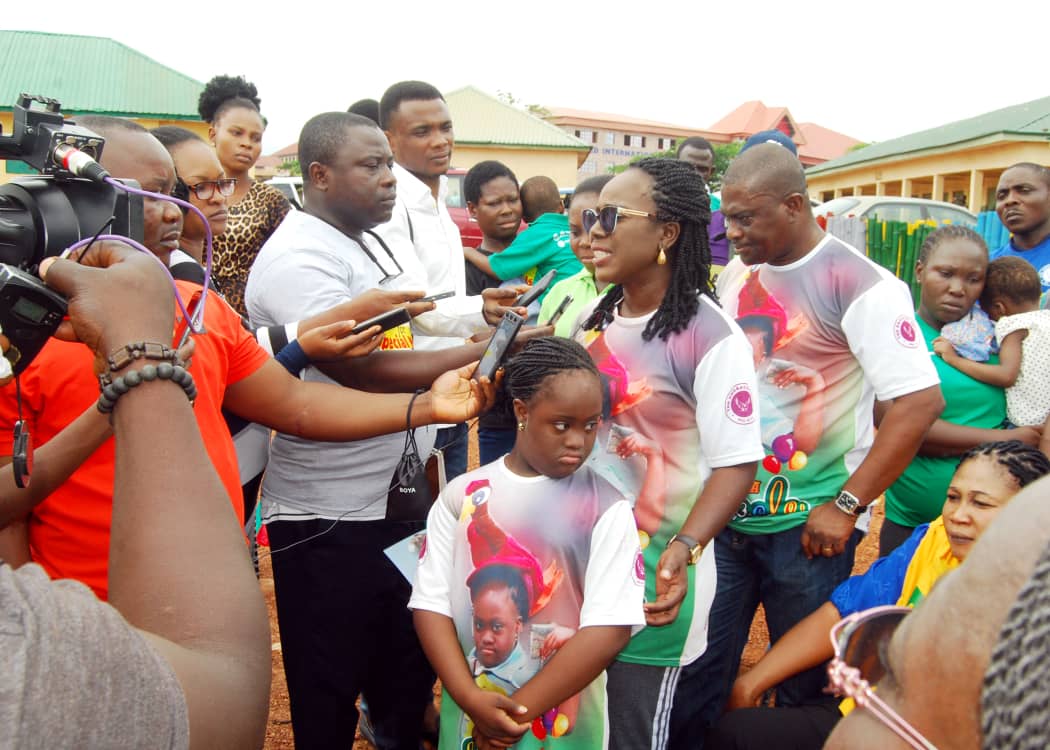 Cerebral Palsy Day: When Engraced Ones march on Abuja to sensitise residents

Posted By: Editoron: October 23, 2019In: HEALTHTags: No Comments
Print Email

The walk was meant to educate parents of children with special needs, members of the public and government on the need to provide assistance and care for the children.

The awareness walk which was to mark the world cerebral palsy day took off from Karu Market to LEA Primary School, Jikwoyi, Abuja.

During the March, people were educated in different languages on how to identify a child with down syndrome, autism and cerebral palsy condition and the need to contact the Engraced Ones for assistance. Fliers and posters with the same messages were also shared. The same message was carried out also along the major road from Karu market to Jikwoyi.

The peak of the event was the commissioning of the Engraced Ones’s Special School name; “School of Grace” at LEA Primary School, Jikwoyi Phase 1, Abuja by Air Vice Marshall Nelson Calmday.

The School currently has about 8 to 9 children with conditions, and is looking for more enrollment to set a standard that will cater for special needs children.

Speaking during the March, the Coordinator of the Engraced Ones, Bibora Yinkere called for more support from the government and the general public, saying it is too expensive to cater for children with down syndrome, autism, cerebral palsy and other intellectual disabilities.

Yinkere averred that economic empowerment of the parents of these children will go along way towards assisting these children. She cited example with their newly launched school, out of the 9 children with special needs at the school, it is only one child that the parents could afford a little out of the required fees for his education.

“The economic wellbeing of a good number of the parents is nothing to envy, they can’t afford the health demands of their children not to talk of expensive nature of their education”.

She frowned at some parents who are discriminating against the children living with these conditions.

She scolded these parents and reminded them that children with intellectual disabilities deserve good life like others, “they can also excel in life, all that they need is extra support from their parents”.

Also speaking, the representative of National Orientation (NOA), Chinwe Ikaraoha, who is the Assistant Director, Special Duties, National Orientation Agency, FCT Directorate, told the journalists that the government have signed the disability bill into law to give the persons with disabilities the room to demand for their rights. She said that the rights of the children with intellectual disabilities have been granted by the law and that NOA is working to publish the law in different languages to educate the public about the law.