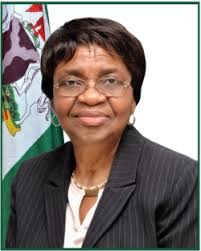 NAFDAC to reduce substandard medicine to 5% prevalence by 2025

The National Agency for Food and Drug Administration and Control (NAFDAC), to reduce substandard and falsified medicines to 5% prevalence in Nigeria by year 2025.

Speaking yesterday during a press conference in Abuja, the Director General of the Agency, Prof. Mojisola Adeyeye said globally, the prevalence is about 10%. “The last data we have on prevalence of SFs in Nigeria is 16.7% but that was about 14 years 390‘ Thus, it is high time we did the survey on the prevalence”.

She said that the fight toward eliminating substandard, adulterated and unsafe drugs, medical devices, foods and water in the country is none negotiable.

“Substandard and falsified medicines have become a global problem that presents enormous public health challenges to National Medicines Regulatory Authorities in both developed and developing countries. Along with other countries, NAFDAC is maximizing the efforts to curb the menace of’SFs.

“The unpatriotic business men/women involved in the illegal manufacture, importation and distribution of substandard and falsified medicines target medicines with high volume of use for the treatment of diseases of public health interest. The classes of medicines targeted include: Antimalarials, Antibiotics, Antihypertensives, Antidiabetic agents and Life style drugs.

“The public health implications of SFs are numerous and these include the following: Increased hospital admissions, Prolonged stay in the hospital, Development of resistance (drug resistance or multi-drug resistance or cross resistance), Treatment failures and death.

She added that NAFDAC has been highly proactive and vigilant toward curbing SFs in the country in all efforts to safeguard the health of the Nigerian populace.

She said from January 2020, the agency will be making it mandatory to identify and test the active pharmaceutical ingredient for all imported and locally manufactured drug products to ensure compliance with international standards for starting materials and making sure they are actually used during production processes.

“Beside safeguarding the health of the people, this regulatory control will also build confidence in Nigerians about the medicines that are available in the country since SF medicines can come in through importation.”