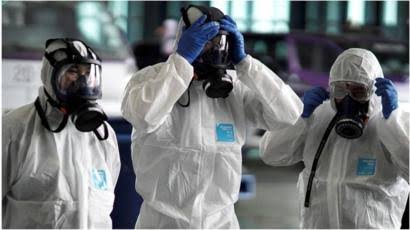 The Nigerian Army said it has concluded plans to recall retired medical personnel to complement those in active service.

Speaking at the weekend while reeling out its preparedness to help curb the virus,

Major General, John Enenche, Coordinator , Defence Media Operations, added that; “Under the medical aid, we have 17 medical facilities spread across the Country, which have been designated for isolation and treatment of confirmed cases of the COVID-19.

“Consequently, a committee was constituted at the Defence Headquarters to ensure that the AFN provides the necessary support to the Federal Government of Nigeria, at this period. It is mainly a non-kinetic military operation with major features of Civil Military Cooperation (CIMIC) activities. Equally, it is in line with the Chief of Defence Staff (CDS) lines of conducting contemporary military operations in Nigeria.

“In this regard, the Armed Forces of Nigeria has developed a Two-Pronged approach to fight the pandemic, namely; the medical and security approaches. The medical approach is the deployment of military personnel in aid of all Ministries Departments and Agencies of the Federal Government through the provision of land, maritime and air assets, for transportation of emergency cases and medical supplies, as was the case with the medical supplies donated by the Jack Ma Foundation.

“On Security Related Support, the Armed Forces of Nigeria will activate its Disaster Response Units across the Country in conjunction with National Emergency Management Agency. These units will be responsible for security management of emergencies other than medicals. The Defence Headquarters hereby assures the general public of its total commitment to the human security effort of the Federal Government of Nigeria.”