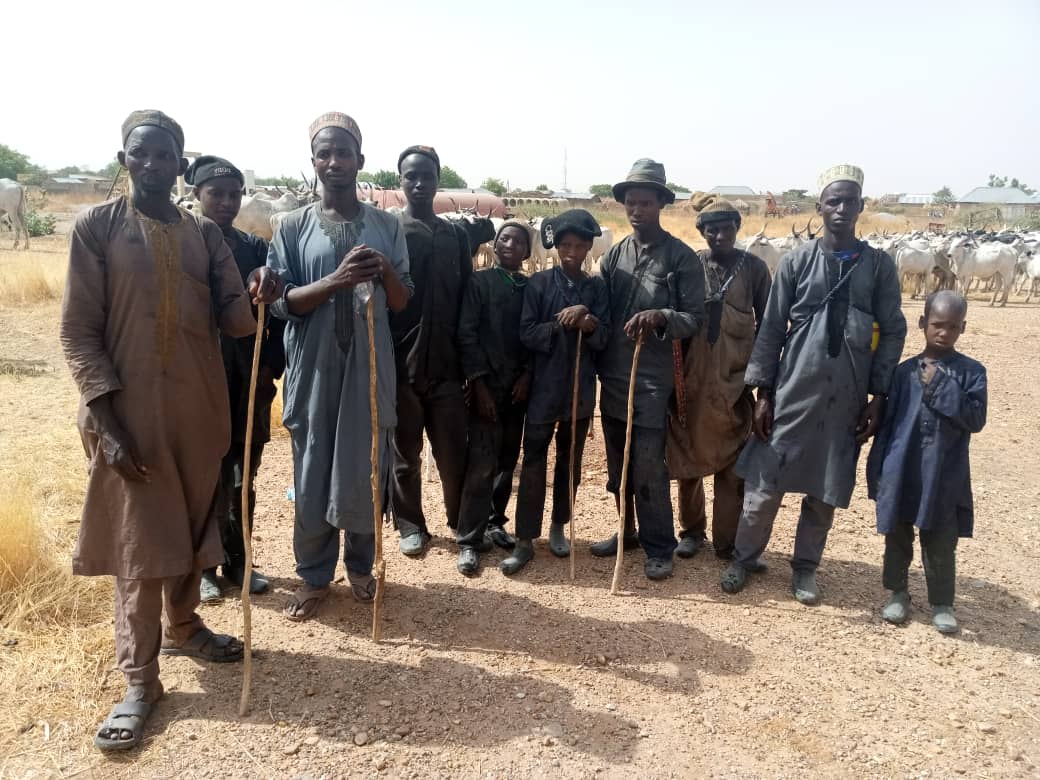 Posted By: Editoron: March 29, 2020In: NEWSTags: No Comments
Print Email

Troops of Operation Hadarin Daji, in Zamfara State closed up on bandits  in a subsidiary operation  Chingaba and released 12 kidnapped victims, including the District Head of Wuya, who was kidnapped a week earlier.

the victims have been united with their families.

It added that the troops killed 9 more bandits, arrested 14 and set ablaze 13 houses belonging to the bandits.

“Also, in other clearance operations conducted at Gidan Usman, Gidan Babagoji, Gadauna, Gidan Janari, Kekuwaje, Gidan Sarki, Gardi and Bingi all in Bungudu Local Government Area of Zamfara State, troops killed 9 Bandits and arrested 14 as well as 13 houses of the bandits were cleared and set ablaze by troops.

“A total of 67 cattle rustled by the bandits were recovered and handed over to the district heads of the communities.

The statement said the bandits came under the fierce firepower of the troops,  abandoned the goats and fled into the forest. “The troops recovered the goats and handed over to the owners. Similarly, troops on patrol at Nasarrawa Vilage, close to Tunga Haki in Gusau Local Government Area of Zamfara State intercepted 9 suspected bandits and recovered 600 Cows and 300 Sheep.

“After due interrogation, bandits confessed to have rustled the animals and were proceeding to Zaria to avert possible arrest by the troops. The recovered animals are currently in the custody of troops of Operation Hadarin Daji. Proper handover will be done after investigation in conjunction with local authorities to confirm the owners.

“Furthermore, the Nigerian military, in conjunction with other security agencies conducted an assault operation at Gabyer Village in Bugundu Local Government Area of Zamfara State, on 28 March 2020. The troops came in contact with armed bandits and after a fire-fight, the armed bandits withdrew in disarray into the forest. Exploitation was carried out by the land component after own aggressor aircraft had engaged fleeing bandits.”