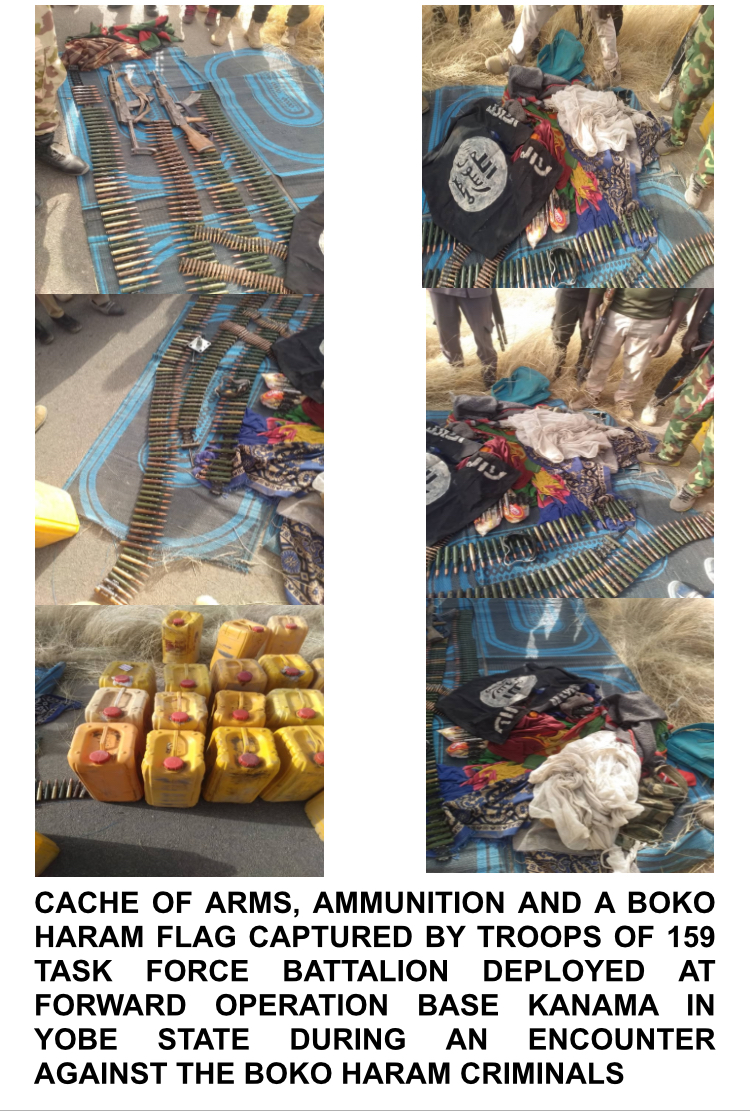 Posted By: Editoron: March 30, 2020In: NEWSTags: No Comments
Print Email

Acting Director, Defence Media Operations, said the commander was killed during an encounter at Gorgi in Damboa LGA of Borno State.

“As an update to that report, it is gratifying to note that, own communication intercept confirmed by accurate intelligence revealed that a top Boko Haram Commander, Abu, Usamah, was among those Boko Haram insurgents killed during that encounter. He had earlier sustained fatal gunshot wounds in the fire fight that ensued during the encounter before his foot soldiers hurriedly evacuated him and withdrew.

Nevertheless, Abu Usamah died in the process. His death has no doubt created a consequential vacuum in the Boko Haram leadership particularly as the gallant troops remain resilient and continue to rout the criminal elements from their last enclaves in the North East.”

The  statement said the terrorists were severely decimated by the troops supported by the Air Component of Operation Lafiya Dole. “They withdrew in disarray under superior fire power and were subsequently crushed by own troops.

“Furthermore, during the encounter several terrorists were neutralised while one Gun Truck and various arms and ammunition were captured by the troops. These include; one DSHK Gun, 2 AK 47 Rifles, 2 AK 47 Rifle magazines, one Rocket Propelled Grenade bomb, 273 rounds of Anti-Aircraft Gun ammunition,  101 rounds of 7.62mm (NATO) ammunition, 15 jerricans of Premium Motor Spirit and a Boko Haram Terrorists flag.”