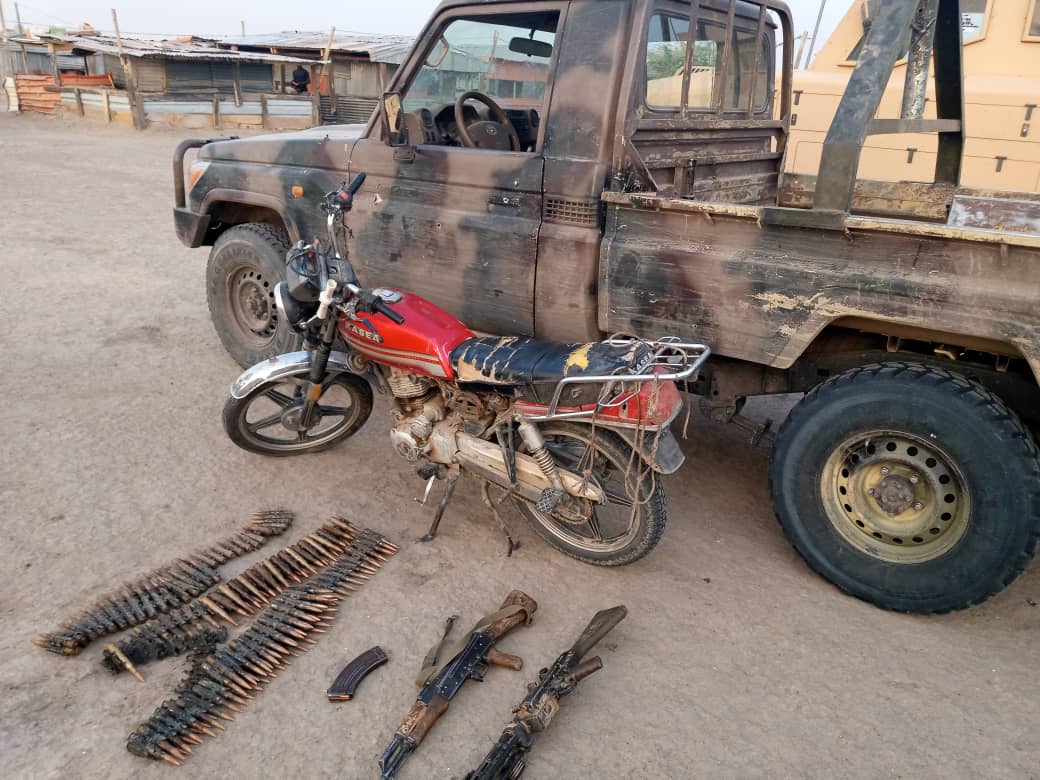 Posted By: Editoron: April 07, 2020In: NEWSTags: No Comments
Print Email

Defence Media Operations, Defence Headquarters, said the terrorists were decisively dealt with during the encounter.

“The terrorists suffered heavy casualties  and uncomfirmed number escaped with gun shot wounds. Some of the items recovered include; One Gun Truck, One Anti Aircraft Gun, One Motorcycle.

“There was no casualty or equipment losses by the joint military forces.

“Members of the public are once again requested to continue to cooperate and support the security forces with credible  information that could aid/hasten the completion of the ongoing clearance operations.”