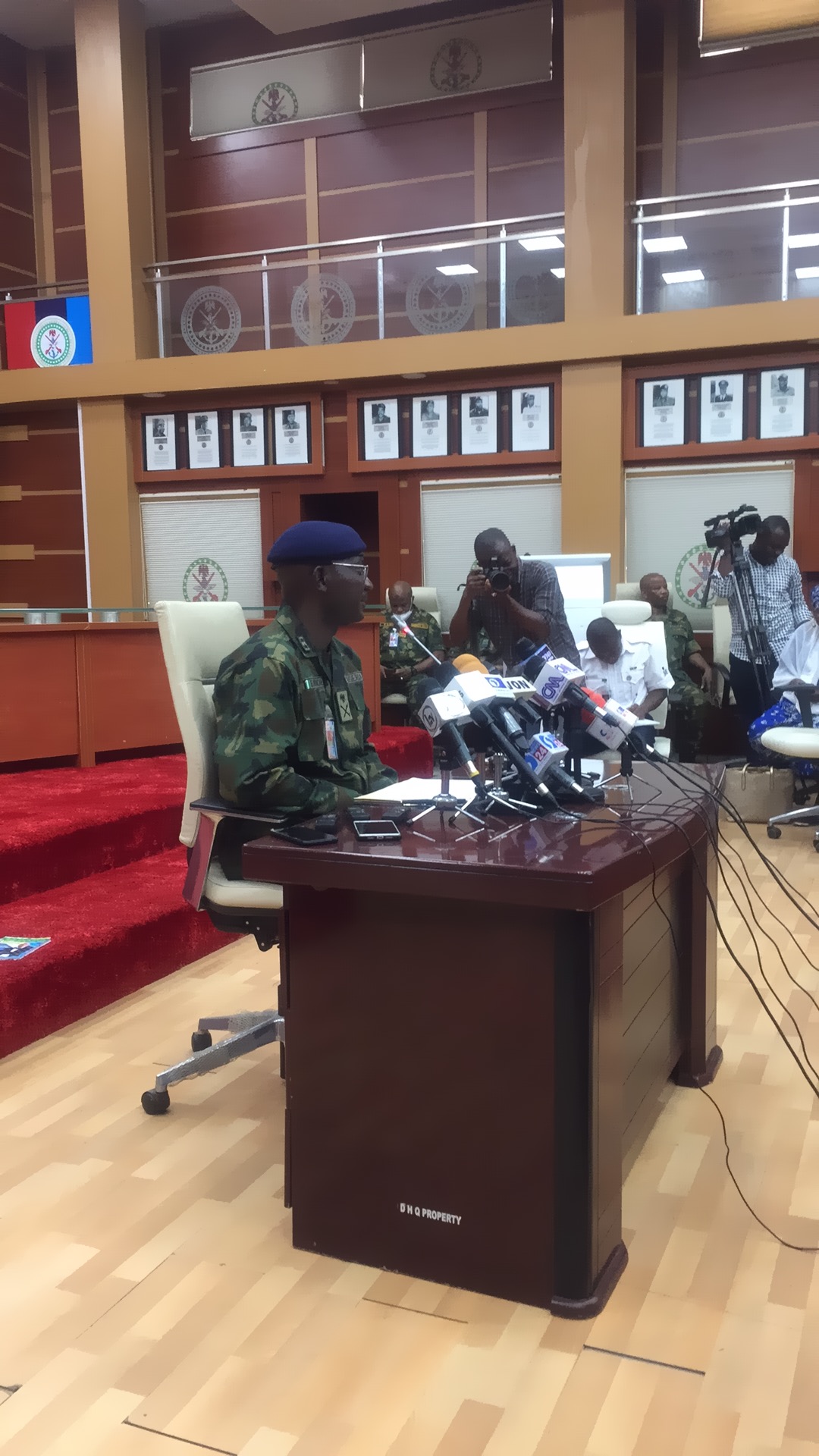 We’re determine to stamp out terrorism, banditry, others – Military

Posted By: Editoron: June 26, 2020In: NEWSTags: No Comments
Print Email

The Nigerian Military has reiterated its determination to stamp out terrorism, banditry and other forms of criminality in the country.

Speaking yesterday at the Defence Headquarters in Abuja, while addressing journalists on the determination of the military to curb insecurity in the country, Major General, John Enenche,
Coordinator, Defence Media Operations said the Armed Forces and other security agencies will do whatever it takes to secure the country.

“ The populace should be rest assured that we are determined to stamp out all forms of criminality across the country in accordance with the directives of the C-in-C.

“Troops deployed for various operations across the nation will remain committed and resolute in achieving the operational mandate which is to decisively curtail the activities of criminals in any part of the Nation. The Military High Command empathizes with all those who have been affected by the activities of terrorists, armed bandits and other criminals in one way or another.”

People’s Daily recalled that the Chief of Defence Staff General Abayomi Gabriel Olonisakin on Monday net with the top echelon of the security apparatchik ton rub minds of better ways to curb the challenges in the country.

Those in attendance included; Service Chiefs, the Inspector General of Police, and Heads of other Security and Intelligence agencies.

The meeting was one of the series of meetings to re-strategize and enhance existing synergy among all security agencies to address the lingering security challenges bedeviling the nation.

Also, the meeting focused on developing and mapping out new strategies to address the untoward security situation particularly in the North West, North East and North Central parts of the country.