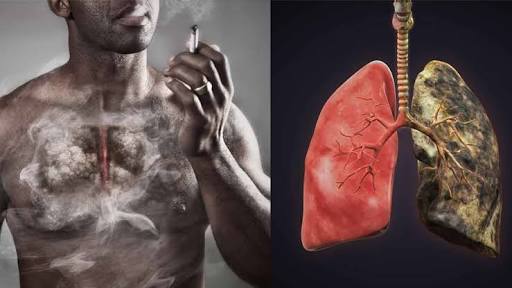 The Nigerian Tobacco Control Alliance (NTCA) has called on the Federal Government to operationalise the Tobacco Control Fund as recommended in the National Tobacco Control Act 2015 in the interest of the nation’s wellbeing.
The group harped on the need for government to take concrete steps that would enhance quick implementation of the NTC Act.
NTCA made the appeal at the weekend during a press briefing in Abuja, saying the inadequate funding has hindered tobacco control efforts in the country.
The Project Coordinator NTCA, Olu’Seun Esan, said if government operationalizing the tobacco control fund it will assist in tobacco control programming in Nigeria.
“Tobacco is one of the major leading cause of disease, if the fund is operationalism this also help in controlling of non communicable disease .”
Esan harped on the need for the government to act in such a way that would ensure the full and successful implementation of the NTC Act.
He also thanked the stakeholders’ efforts that led to the signing and gazette of the NTC Act 2015 and the NTC Regulations 2019 and the gazetted January 2020 .
Also speaking,NTCA Board Chairman, Akinbode Oluwafemi, said Tobacco Control Fund is vital, the government need to enforce tobacco law that is in place.
“The fund will help encounter the moves of tobacco industry exposed tactics and uncover their lies”.
Oluwafemi,expressed his worries on how researchers and people are linking between COVID-19 and tobacco use.
“With the present happenings on ground, the implementation of tobacco control fund present a better opportunity to invest more in tobacco control.”
Similarly,Campaign for Tobacco-free Kids Sub-Regional Coordinator for West Africa, Mrs. Hilda Ochefu, stated that the mentioned benefits that Nigeria can gain when the tobacco fund is operationalised include new researches and adequate resources to control tobacco and challenge the manipulative tendencies of the tobacco industry.
Ochefu, spoke on the issue of Nigeria’s reliance on foreign data to make tobacco decisions.
The program officer,Ogunlade Martins, said that N547bn earmarked for the sector only represented seven per cent of the entire budget, which he said was far below the African Union government’s declaration at the Abuja Summit in 2019 which recommended 15 per cent of national budgets to be allocated to health.
Martins, stressed the need for sustainable funding for Tobacco control in Nigeria and decried the absence of budgetary allocation to tobacco control in the 2021 budget.