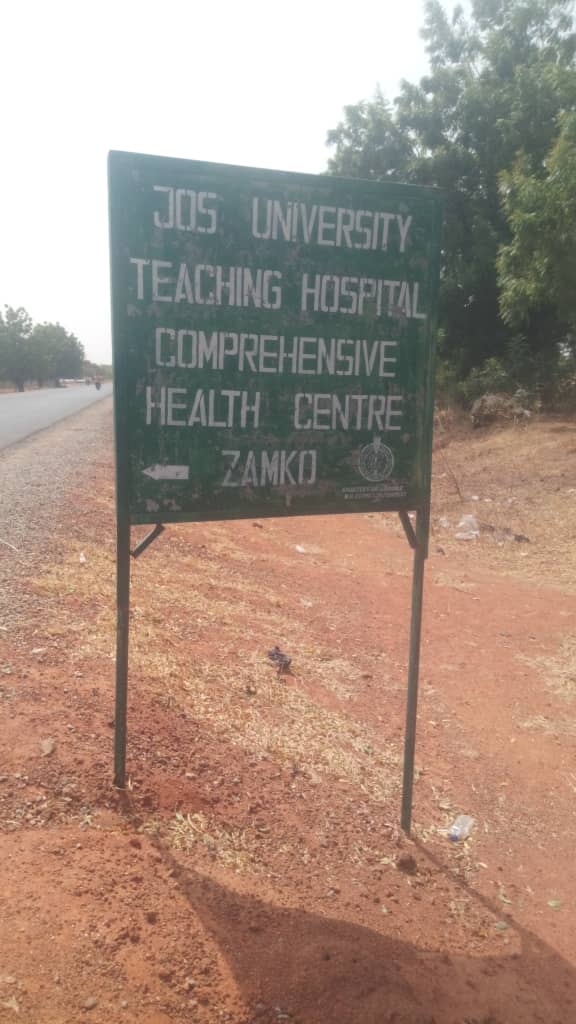 Zamko health facility located in Langtang North, Plateau State, is one of the two medical facilities in the country that treats snakebites related cases.

The 40 bed rural outpost of the Jos University Teaching Hospital (JUTH) is located in the northern part of the state.

Aside Plateau state, the facility takes care of victims from the neighboring; Taraba, Benue, Bauchi and Nasarawa states.

The Medical Superintendent of the hospital, Dasel Titus said, most of the victims are peasant farmers who cannot afford a dose of the Anti Snake Venom (ASV) which currently stands at 42, 000 naira. “Aside the fact that the ASV is expensive, it is also in short supply at the hospital. Also worrisome, he said the hospital lacks cold chain storage facility for the ASV.

“Everyday, we admit 3 to 5 patients here. Most of the victims are either attacked in their farms or while sleeping outside during heat. And when you have these number daily and can’t provide enough ASV, then it is a big problem.”

He, therefore, called on the Federal Government to support research on snake bites to enable the hospital produce ASV.

“ Our major challenge is the high cost of ASV in the country. If the federal government can fund research on ASV, it will help in addressing the various challenges that we are currently facing in the country. There are research already ongoing, but paucity of fund is a serious impediment to achieving these aims and objectives.”

Also speaking, Director of African Centre of Excellence In Phyto Medicine, Prof. John Aguiyi, said government should show interest and own the project to ensure success.

He said government’s commitment shown in the past has not been able to bolster the researchers to do more discoveries due to paucity of funds.

“With what we have ongoing in areas of research, if government will provide funding for the projects then we will have our own ASV.”

Speaking at a media dialogue organised by the Child Rights Information Bureau (CRIB) of the Federal Ministry of Information and Culture in collaboration with UNICEF in Ibadan, Oyediran said snakebite is also a major medical problem in rural communities of the Savannah Region of West Africa.

While making emphasis on Nigeria, the expert said the three most medically important snakes in Nigeria are; Naja nigricolis (Cobra), Bitis arietans (Puff Adder) and Echis ocellatus (Carpet Viper) which is the world’s most dangerous snake, causing more deaths than any other snake on the African continent.

“Estimated incidence of snake bites in Nigeria is 174 bites/1000 according to a 1994 Sample Epidemiological survey by the FMOH. Most recent estimated incidence of snakebites in Nigeria is 497/100,000 human/year according to a 2013 epidemiological survey (Habib 2013). The Carpet Viper is responsible for 90% of bites and 60% of deaths.”

But these deaths, he said, could be prevented if farmers wear appropriate protective clothes such as boots and long trousers while working on the farm.

“They should also wear thick hand gloves while using their hands for working in bushy areas. Children should stay away from hunting holed creatures (e.g. rats and rabbits) with bare hands. They should use sticks or other methods instead of putting bare hands inside the holes. Over hanging trees branches, bushes or grass should be trimmed or cut.

“Handling of stored firewood should be done carefully as snakes are likely to hide therein. There should be restriction of movement at night where possible, otherwise people should use torchlight to illuminate pathways and avoid walking bare-footed.

”Avoid sleeping outside in the dark on bare floor. Use mosquito proofing on doors and windows. Because of association of some species of snake with poultry, poultry farmers should take great care while maintaining their poultry pens or farms. Avoid poultry keeping in residential houses. Avoid leaving doors and windows open (without barrier).”

“Public education on the species of snakes prevalent in a given locality, their habitat and their most active period. Frequently inspect houses for cracks, crevices, holes and any other place where snakes can easily hide. Fishermen should avoid touching water snakes caught in nets and on fishing lines. Sometimes the head and the tail of the snake may be difficult to identify. Avoid snakes as far as possible. Never handle, threaten or attack a snake for no definite reason. Be very vigilant when walking after rains, during flooding, during heavy sunlight and also at night. Avoid storing food produce in living rooms. Avoid open defecation especially at night or early morning. Avoid attempt at killing snake by riding over it with bicycle or automobile .”

On the control of snakebite, the expert encouraged the planting of known species of plants that repel snakes.

Also, he said dumping of refuse near homes should be discouraged, as this is likely to attract rodents and arthropods on which snakes feed.

“People should keep cats, birds and other animals known to eat snakes. Close -up all unnecessary holes and set traps to suspected holes in and around the house.
Eliminate snake habitat and hiding places (wood piles, garden debris, cracks and holes) in living houses. Keep rodents (rats and mice) and other household pests which snakes prey on under control. Erect snake proof fences 2-3 ft high wire meshes have been found to be effective. Use of snake repellants. Naphthalene can be spread round the perimeter of the house. In the event of snake threat, make noise that can scare off snake.”

Oyediran insisted that inadequate funding/late release of funds have always been the major challenges in addressing cases of snake bite in the country.

He maintained that, there are no partners who are willing to support the project. ”As it stands, only WHO, N-SRIC and UNICEF are working in these areas.”

Concluding, he added that poor awareness, lack of political will, inadequate data collection/collation (states), inadequate training for HCWs, poor research funding, Policy/Training Manuals yet to be finalized and non production of ASV locally have been the country’s challenge.