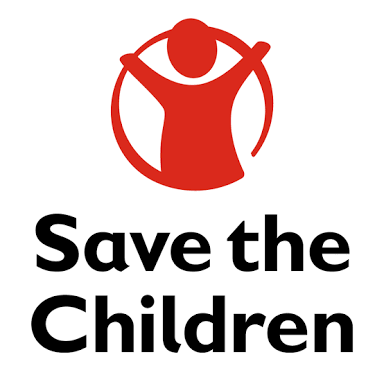 Posted By: Editoron: February 18, 2021In: HEALTHTags: No Comments
Print Email

Save the Children in a new report revealed a staggering 72 million children—17% of the 426 million children living in conflict areas, globally, or 1 in 6—are living near armed groups that perpetrate sexual violence against them.

Save the Children said the countries where children face the greatest risk of sexual violence in conflict are Colombia, Iraq, Somalia, South Sudan, Syria, and Yemen.

“Survivors face several challenges, which are compounded in conflicts.  They include a lack of systems and processes to report the crime, the stigma, the fear of retaliation, and a lack of support and services.”

It added that more than 20,000 cases of conflict-related sexual violence against children—one of six grave violations—have been verified by the UN since 2006. Its most recent report on Children and Armed Conflict included 749 confirmed cases of sexual violence against children in 2019 alone. “Of these, 98% were committed against girls, and the cases attributed to state forces almost doubled from 2018.
The verified cases, however, are likely to represent only a fraction of actual cases, as revealed by Save the Children’s new research.”

Inger Ashing, CEO of Save the Children International, said: “Sexual violence is underreported at the best of times, but even more in conflicts areas—especially among children.”

“The fact that sexual atrocities committed by state forces against children nearly doubled from 2018 to 2019 is shameful. Governments and their forces should and must do more to protect the most vulnerable in any conflict, including children.”
The report also reveals that:
·         In the last seven years, a bigger proportion of armed groups that carried out sexual violence in conflict also targeted children.
·         Of the 54 conflicts globally, 22 involve reported use of sexual violence against civilians, while 15 involve armed groups explicitly reported as having perpetrated sexual violence against children.
·         While boys only made up 2% of UN-reported cases of sexual violence in 2019, they have been strategically targeted during the last years in conflicts in the Central African Republic, the Democratic Republic of Congo, South Sudan, and Syria. In Afghanistan, most cases reported in 2019 related to boys, where they’re often exploited and enslaved by men in positions of power.
Sexual violence is often used as a weapon of war against children and other civilians to terrorise them, spread fear and intimidation for political and military gain, to ethnically cleanse or humiliate an ethnic group, or to punish civilians for suspected support of opposing forces.
The trauma it inflicts can have long-lasting physical, psychological, social, and economic effects. The brutality of the physical act itself can be especially damaging for children whose bodies aren’t fully developed. Girls might suffer uterine prolapses, fistula, and other injuries to their reproductive system, and face complications and death due to early pregnancy and unsafe abortions. Both girls and boys risk urinary and anal damage, and exposure to sexually transmitted diseases that, left untreated, can cause long-term harm and even death.
“That over 72 million children in the world today are living in proximity to armed groups that use sexual violence against minors is simply and utterly unacceptable. The international community can and must do more.”
Save the Children calls on world leaders, security experts, donors, members of the UN, and NGOs to:
·         Put children at the centre of any international action against sexual violence in conflict, which includes boosting services and programmes that acknowledge and meet their special needs;
·         End the impunity of sexual violence against children by strengthening laws and enforcing them, while holding perpetrators to account;
·         Strengthen and better coordinate the collection of data on sexual violence against children in conflict.
The aid organisation also calls for increased funding to ensure these demands can be met.
“The use of sexual violence as a weapon of war is abhorrent,” added Ms. Ashing. “Survivors of these atrocities deserve more from the international community. We must come together to ensure this grave violation is wiped out once and for all.”