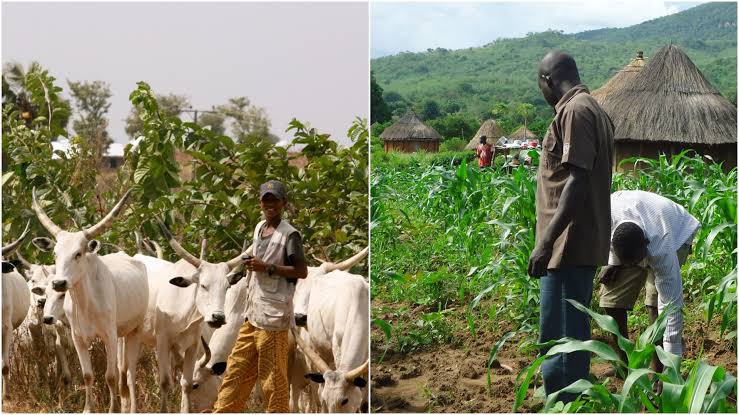 Posted By: Editoron: March 28, 2021In: NEWSTags: No Comments
Print Email

A research has revealed that about 60,000 deaths were recorded in multiple clashes between the farmers and herders from 2001-2018.

The research added that the crisis which is within Nigeria’s Benue valley has led to loss of livelihoods, displacements and disruption of states’ economy within the area.

The research which was carried out by Zinariya Consults limited, also revealed that more than 300,000 Nigerians have been displaced in four states in the farmers and herders crisis in the country.

Speaking to journalists at the weekend about their findings, one of the lead researchers, Joseph Ochogwu, an Associate Research Professor, with the Institute for Peace and Conflict Resolution, said Nigeria’s Benue valley comprising Benue, Plateau, Taraba, Nasarawa, Adamawa and Kaduna have experienced escalating tensions between farmers and herders.

Speaking about the research, with the topic: “Trends and Dynamics of Conflict between Farmers and Pastoralists in Nigeria’s Benue Valley”, he said, the conflict, which was primarily a contest over land and water, was threatening the country’s food security and stability.

“The current crisis has assumed ethnic and religious dimensions.
“From 2001 to 2018, about 60,000 deaths were recorded in multiple clashes, it is estimated that more than 300,000 were displaced across states, 176,000 in Benue, about 100,000 in plateau, and 100,000 in Nasarawa and about 19,000 in Taraba.
“These displacements were mainly due to the surge of attacks and counter-attacks by the headers and farmers communities, in Benue alone, it is estimated that the crisis led to more than N400 billion economic losses resulting from destruction of properties.

Mr Ochogwu said key findings of the research included trends and patterns of the conflict, gender dimension of the conflict, demographic shift, mental health and psychological support, and community resilience among others.
He noted that between 2018 and 2019, access to water and grazing land became more competitive.

This, Mr Ochogwu noted, led to frequent arguments, adding that there was distrust due to differences in ethno-religious and cultural identities and values.
He said the research made some recommendations to address the farmers and herders crisis in Nigeria which were informed by critical analysis of the trends and dynamics of the conflict in Benue, Plateau and Taraba states.

He said governments at all levels should work together to deploy a joint task force comprising the Army, Navy, Airforce, Police, para-military and civil institutions to restore law and order and build the population’s confidence in the government.

He urged the state governments to strengthen the already existing community policing structure such as vigilantes for intelligence gathering.

According to him, the research recommended that development partners should partner with the government and community-based organisations to ensure that women are mainstreamed in peace building programmes.

He said the governments in key states should work with Civil Society Organisations, media organisations, gender and peace building experts to develop programmes using conventional media, and social media among others to deconstruct social norms.

He urged the Federal Government to order the investigation of all recent violence between farmers and pastoralists and expedite the trials of individuals or groups found to have participated, sponsored or involved in violence.

He said the research recommended that governments should work together to tackle youth unemployment and underemployment.

Mr Ochogwu said state governments in Benue, Plateau and Taraba should recognise the critical role of religious and traditional institutions in peace building in the communities and include them in direct government and policy formulation process.