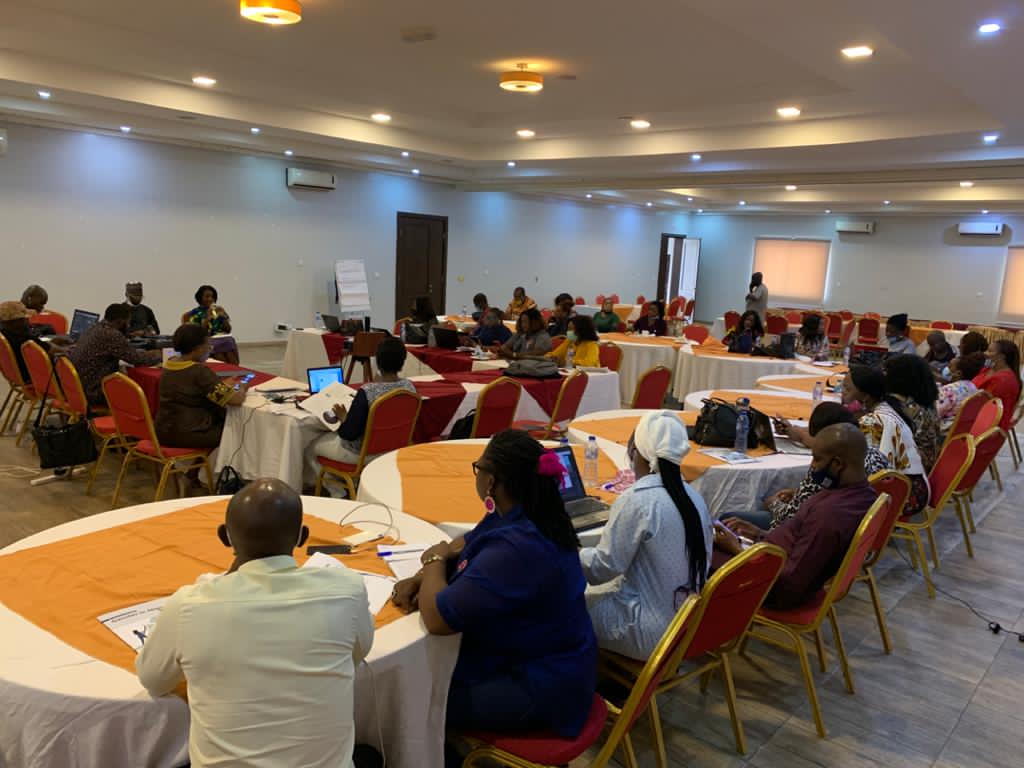 When CRIB, UNICEF make case for elimination of violence against women, girls

Posted By: Editoron: May 28, 2021In: HEALTHTags: No Comments
Print Email

Worried by the rampant cases of violence against women and girls in the country, the Child Rights lnformation Bureau (CRIB) of the Federal Ministry of Information and Culture in collaboration with United Nations Children’s Fund (UNICEF) organized a 4-day workshop for journalists in Abuja, to enlighten them on the need to beam searchlight on the challenges faced by women and girls in the country.

The workshop which started on Monday was a brain child of Khadijah Ibrahim Nuhu, Spotlight Initiative Communications Consultant at UNICEF.

The workshop was meant to increase the participation of 81 media network members in advocacy and solutions journalism.

It was also to increase participant’s knowledge on ethical reporting and engage participants on gender inequality discourse and their role in impacting and changing negative social norms.

To set the tone for the workshop, Protection Officer, United Nations Children’s Fund, UNICEF,  Tochie Odele, said, about  30% of girls have experienced sexual violence in Nigeria before the age of 15 years.

She said 1 in 4 girls have experienced sexual violence, saying the situation was worsened by the coronavirus locked down.

The expert lamented that it was quite unfortunate that 19% of girls are married before they get to the age of 15 years old.

She added that majority of girls experience violence at home, “and it is rarely an isolated incident. Most of the girls are raped by people that are either close to them or well known to them.”

According to her, most of the girls don’t report their abuse because they are scared of  problems and stigmatization.

She said girls with disabilities are twice likely to experience violence of any form.

Odele, who decried non signing of Child Right Acts, by 13 states  out of 36 states in Nigeria, said the situation has increased cases of violence against girls.

She said most of the states that are yet to sign the Child Right Acts are in the northern part of Nigeria.

On his part, the Chief Child Protector, UNICEF, Ibrahim Sesay, said
media practitioners need to have strategic partnership with stakeholders’ on issues sourounding women  and girls.

“To move and ascertain those results we have committed some funds globally to mitigate issues on violence against women and girls.

“The voice of media is powerful but it has to be ethical in nature , privacy of survival. We must not expose the images of survival that could embarrass or revictimise them”, he noted.

The  Desk Officer, Federal Capital Territory (FCT), Sexual and Gender Based Violence Response,  Ngozi Ike, lamented that out of the 444 reporter cases of sexual offences in Nigeria, only one conviction this year.

Speaking during a four day media dialogue on Ethical Reporting and Advocacy to Eliminate Violence against Women and girls in the FCT, organized by Spotlight Initiative Nigeria, she said, it was not good enough.

She therefore  called for the establishment of special courts to hasten trial of such cases.

She said; “We lack special courts in Nigeria to hear such delicate cases. When you take these cases to the regular courts, they linger for a long period of time and this is not good at all.

“If we can push for the establishment of special courts that will preside over sexual and domestic violence cases, it will give long way in according justice to survivors.

Meanwhile, at during the 4-day sensitization workshop, the consultant employed the services of three veteran journalist; Illiya Kure, Alkasim Abdulkadir and Lolade Nwanze to educate the journalists on the exigencies of bringing the issues of women and girls to the front burner.

Interestingly, the experts justified their selections by practicalising the challenges faced by women and children in the country.

Specially, Kure tasked journalists on solution journalism, to reveal solutions that are applied to solve problems.

“Focus on the intervention and explain how it was made possible, providing real data-based evidence, so that the reader understands how the solution can be replicated.

“It highlights the limitations of already-existing solutions to well-known problems.

“When done well, the stories provide valuable insights about how communities may more effectively tackle serious problems.
They can change the tone of public discourse, making it less divisive and more constructive by revealing what has worked, they can also lead to meaningful change.

Also, Abdulkadir emphasized on the need to champion gender reporting by producing media content in a way which is sensitive to gender inequalities and portrays women and men fairly.

“Gender reporting should be considered a key principle of professional media production, similar to values of accuracy and balance.”

He said the concept of gender sensitivity has been developed as a way to reduce barriers to personal and economic development created by sexism.

“Gender sensitivity helps to generate respect for the individual regardless of sex. Gender sensitivity is not about pitting women against men; it is about recognizing that our information and knowledge dissemination have consequences on relating effectively to others. Therefore, to reinforce that women and men should be treated equally, it is primordial to create awareness on how to reflect that belief in the way we communication use.

On her part, Nwanze, harped on the need for gender sensitivity in reportage and other media products.

“There is also need for the media to increase visibility and voice for survivors (previously documented and new) whose cases are still in court.

“We should also uphold journalism ethics which are principles of good standard. Every organisation has its code. Regardless of how it is framed, the bedrock remains: Truthfulness/honesty, accuracy, objectivity, fairness and impartiality”.