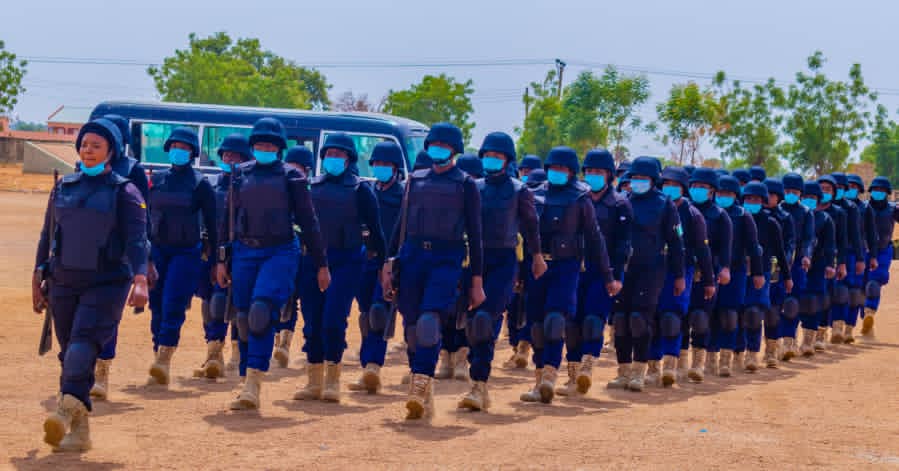 Posted By: Editoron: June 07, 2021In: NEWSTags: No Comments
Print Email

The Commandant General, Nigeria Security and Civil Defence Corps (NSCDC), Ahmed Audi, said he has concluded plans to deploy the newly trained female squad of the corps to safeguard schools.

“The new batch of the female squad will be deployed to Katsina and Abuja”.

Speaking on Monday in Abuja, during the Commandant General’s special parade, simulation exercise and unveiling of the newly established female squad, the NSCDC boss said the new squad will help complement their male counterparts and other security agencies in addressing security challenges in the country.

“Due to the unprovoked and mindless attacks which has led to loss of lives and left in its trail gory image of the threat terrorism now poses to the peace and security of the nation and safety of our citizens. I was propelled upon assumption of duty to hasten efforts to build a credible and proactive security organization that is knowledge-driven, dogged and committed to its responsibility.

“The quest for security stability in our country continue to remain a holy grail with a ceaseless and unabated cases of banditry, kidnapping, armed robbery, insurgency, terrorism among others. All these have continued to threaten our country’s cohesion, stability and territorial integrity. The Civil Defence Female Squad will definitely complement the efforts of their male counterparts and also work together with sister agencies.

Audi said the corps will continue to deliver on its mandate of protecting lives and property.

“We are exploring all areas to provide the best security that this country needs. The NSCDC under my watch will do everything possible to safe lives.

“Based on the premium we placed on safety, within a short period of time I have established the female squad to contribute effectively in addressing issues of kidnapping in schools and other places.”

“I have promised to ensure welfare of my staff. Any officer who diverts allowance that does not belongs to him will be dealt with.

“ I will encourage and reward merit. I will be fair to all my officers and create a service that all will be proud of. I will not be a religious bigot or ethnic jingoist. We are going to work as a team and ensure success”.