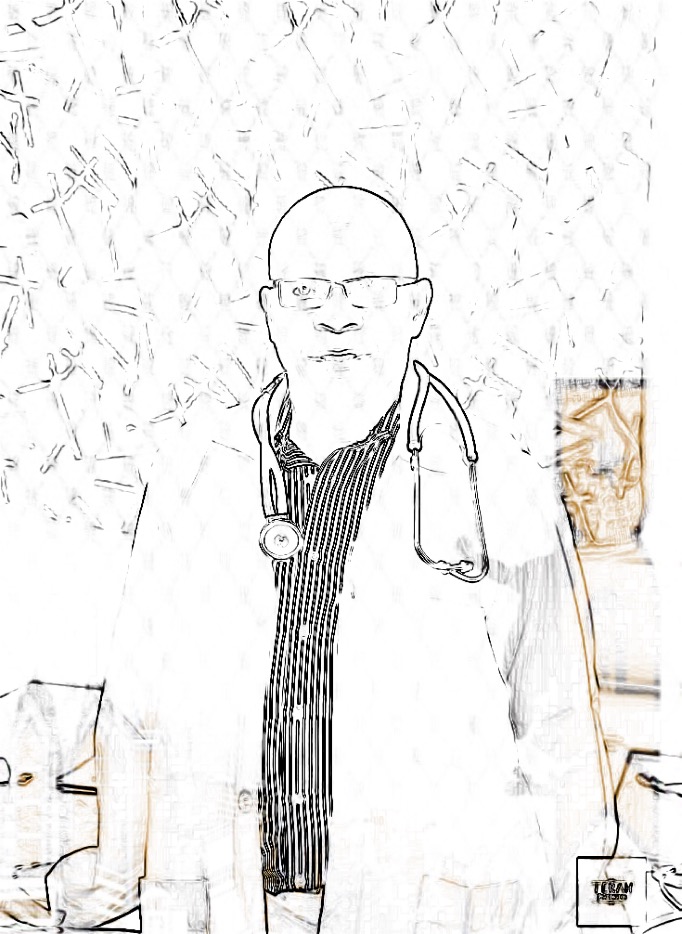 To say that Covid-19 frontline workers in the country did not get their due wages despite billions allocated for such purpose is to say the least. That the fund meant to pay them vanished mid-way in the hands of the privileged few at the corridors of power is to put it mildly. That the whereabouts of the stimulus package and the pain of the workers in an ailing health system is the current subject of whispers within closed caucuses of friends and families is to state the obvious.

Umar Kabiru, (not real name) lives in Masaka, a suburb in the Nasarawa state, where he drives daily to the Federal Medical Centre (FMC) in Keffi, Nasarawa state.

During the corona virus lockdown, Kabiru was faced with various challenges; ailing wife and a car with knocked engine.

“ It was a serious challenge for me to cope with the emergencies at work and my domestic demands. We were just few at work and, we needed to redouble efforts to meet up with the number of people that were trooping in to the facility.

“I leave home 5:30 am, because my car was in bad shape. At times, I will trek several distances to get bike that will take me to the junction where I will board a car to the office.

“Everyday, I make three different stops to get to work. Another problem we had that time was the hike in transport fare because of the few cars that were not complying to the lock down rules. There was also challenge of big trucks blocking the express, and the military check point, forcing us to follow an alternative route in the bush to get to Keffi. The phase was pressing and challenging.

While at the hospital, he said they embarked on selfless service because of the passion they had.

“The corona virus became popular in March, with dust in the air and rainy season was also approaching. It was hard to know who had COVID. We were sagregating patients based on symptoms and urged them to observe social distancing and ensure self hygiene by using hand sanitizer which they bought by themselves as the hospital could not provide anything for them. There were times I bought bleach and sanitizers for patients.

“What we also did at that time was to test their temperature and seek their permission before testing them for COVID. This is because the patient has the right to decline.

“Meanwhile, as health professionals, we didn’t have the equipment needed to effectively handled patients. We were promised Personal Protective Equipment (PPE) that never arrived. Due to the lack of PPE, health workers were exposed to COVID. Someone in our unit tested positive because he had attended to someone whom we later discovered had COVID. With this discovery, I went on self isolation and resumed after two weeks without any symptoms.

Speaking on the COVID allowance for health workers, the frontline practitioner said he was paid only three times, adding that no further explanation was given for the remaining allowances.

“The fist time we got the allowance was in June. The money was for the months of April, May and June of that year. Initially, we were told that the allowance will last for 6 months, but to our chagrin, nothing was added. Some people got 1 month, some two and three respectively.”

Similarly, a doctor at the same hospital, told our reporter that the services were epileptic at the peak of the pandemic.

“We were not given equipment to work. Most of us were just doing it because of the passion to save lives. If it were for the pay, no health practitioner will give his all for nothing.

Our investigation also revealed that other staff who were instrumental in attending to patients like; medical record, account, and other admin staff were either paid ten percent of their salaries for one or two months.

Sources said, when they pressed to know why they were not paid, the hospital asked them to submit their statements of account from May 2020 to February 2021, to ascertain whether they were paid or not.

With these finding, our reporter asked Mrs. Nalong Okonofua, who’s office is in charge of collecting the statements of account to know why such decision was taken by the hospital. The first message was sent on 12th June, 2021, which she read on her WhatsApp platform but did not respond. Our reporter sent another message on the 22nd June, 2021, before she responded on the 24th June, 2021. In her response, she said, “Concerning your request above, you may wish to contact the Medical Director please. Thank you.”

Meanwhile, our reporter had already asked the Chief Medical Director of FMC Keffi, Yahaya Adamu, questions on the COVID-19 allowances and challenges faced by the hospital which he refused responding after his WhatsApp message receiver marked blue, indicating that the recipient read the message. Our reporter wrote him on 28th May, 2021 and 1st June, 2021, but the CMD kept mute.

Our investigation revealed that at the peak of COVID-19, International Monetary Fund (IMF), released N500 billion ($1.4billion) for the country to address the challenges posed by Corona virus. Part of that money was released as stimulus package for frontline workers but findings indicated that only one to three months was paid to all the health workers across the country.

“From what we gathered, almost all these monies were initially disbursed from the office of the Account General to various health agencies to address the issues of hazard allowance. We need to track the money to know what happened between the office of the Accountant General to the various health agencies. We are also in the know that many health workers are lamenting lack of payment.

“ Even with the strike embarked upon by the resident doctors, they want their hazard allowance increased from 5000 monthly to a substantial amount to address concerns.

“ I urge the government to continuously release the money and be transparent and accountable. Government should ensure that health workers are paid on time. They should also increase the money. We need to commit more money in the health sector to address challenges of hazard allowance and insurance for health workers. This will also help them when they retire.

“ We need to continue the campaign and advocacy especially now that political actors are gearing up for elections. We need to convince them that the health sector needs to be on their agenda.”