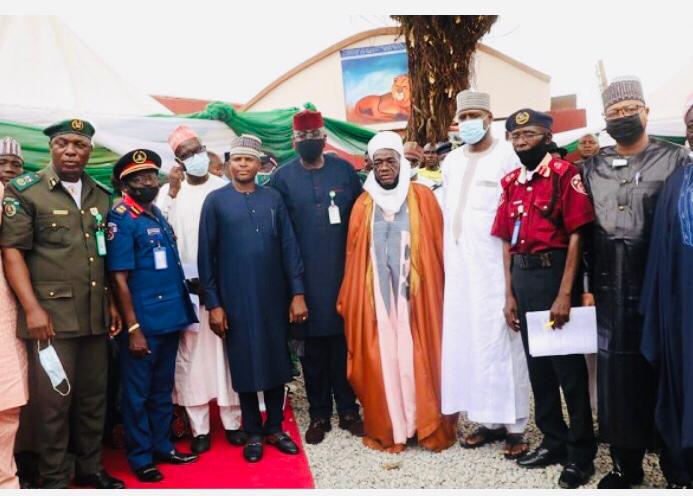 Posted By: Editoron: September 07, 2021In: NEWSTags: No Comments
Print Email

The Federal government has flagged off National Environmental Sanitation Response intervention to address cholera outbreak in the country.

She said the community is currently the epi-centre in the FCT.

Ikeazor represented by the permanent secretary of the ministry, Able Olumuyiwa, said Nigeria is currently experiencing cholera outbreak in several parts of the country with reported cases of fatalities.

She said; “It is against this background that we flag off our response activities to the increasing rate of spread of cholera cases across the country.

The minister explained that, the ministry is sensitizing the general public on cholera preventive and control measures to avert further outbreaks and strengthen collaboration with NCDC and other stakeholders in tackling the cholera scourge.

“The Federal Ministry of Environment in collaboration with relevant stakeholders including Environmental Health Officer’s (EHO’s) in the states and local government have commenced the nationwide intervention response activities covering sanitation inspection of premises/Environmental Health Surveillance of hotspot communities, treatment of contaminated water sources and sites.”

She stated that, the Federal Ministry of Environment will commence the construction of a modern toilet with borehole and solar powered pump in the community before the end of the year as part of its efforts to eradicate the scourge.

Also,speaking, the UNICEF
Water Hygiene, and Sanitation Manager(WASH), Micheal Forson, said 49% of the reported cases are women, while 26% are children ages 5-14, saying that 15% are under 5years.

He said environmental sanitation measures have been proven globally to be key for effective infection prevention.

Forson revealed that these are control measures that greatly aid in halting the spread of cholera transmission and ultimately eradicating the disease.

Earlier, in his welcome address the Chairman of Bwari Area Council, Dr. John Gabaya, revealed that Bwari area is worst effected by the out cholera break.
“The area council has taken responsibility by sensitizing the 10 wards in the communities on steps to prevent cholera outbreak.

Meanwhile, the Esu of Bazango, Chief Jibril Mohammed thanked the federal government for supporting the community by bring intervention and strategies to fight against the outbreak.

He appealed to the Abuja Enviromental Protection Board( AEBP) to provide a dumpsite and waste-bin to equip the community.