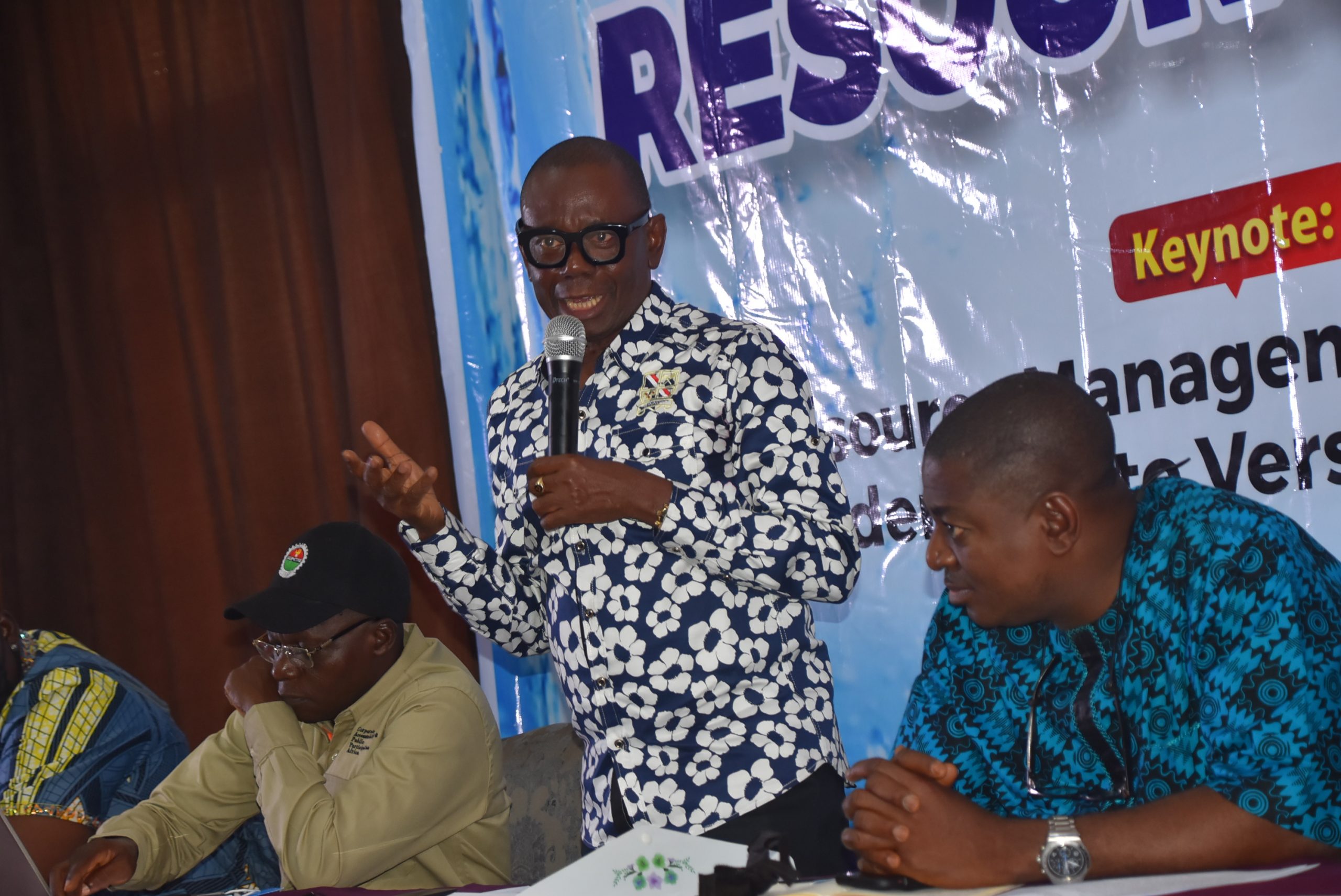 Posted By: Editoron: September 21, 2021In: NEWSTags: No Comments
Print Email

Civil Society Organisations (CSOs) in the country, have kicked against any move to pass the National Water Resources Bill in to law by the National Assembly.

The CSOs at Townhall meeting on Monday, organized by Corporate Accountability and Public Participation Africa (CAPPA) in Abuja, on the Bill, said the policy is anti people and does not have a place in Nigeria.

Speaking on the bill which transfers the control of water resources from states to the Federal Government, the coalition said they will resist any attempt to force the bill on Nigerians.

Specifically, Prof. Sofiri Joab-Peterside, in his keynote address, said the originators of the billl were confused when drafting the bill.

“Apparently, there is an inherent confusion in the minds of the framers of the bill. Whereas they recognize that the constitution and the Land Use Act entrust the management and control of water resources within the boundaries of a state in the state government, the Bill states that the Federal Government manages the water resource channels across two or more states. The question therefore is; do we have any land not owned by any state? The bill is at conflict with existing laws, as it seeks to remove the rights to water from states and bring all water resources (surface and underground) as well as riverbanks under the control of the federal government through its agencies. This, no doubt, undermines the principles of federalism as enshrined in the 1999 Constitution (as amended) (2020: 4)”

He said the bill as condemned by notable stakeholders when it first reared its ugly head should not be considered in the society.

“We also exposed how the fundamentals of the Bill are antithetical to the attainment of the Human Right to Water.
“We had written to President Muhammadu Buhari on September 3, 2020, explaining our misgivings about the Bill and the need for a fresh process that will articulate what Nigerians truly want. Other groups joined the call.
“At the last count the Afenifere Yoruba Socio-Political group, the Ohaneze Ndigbo, the Ijaw Youth Council (IYF), the Southern and Middle Belt Forum, and Pan Niger Delta Forum (PANDEF) echoed the same sentiment. The renowned playwright and Nobel Laurette, Professor Wole Soyinka also supported calls for jettisoning the Bill” he added.

Oluwafemi said when Nigerians thought the promoters of the Bill would embrace the democratic principles of transparency and inclusivity in addressing the grave defaults of the Bill, they renewed their quest to subject the people’s common patrimony to the whims of a few who believe profit must come before universal access.

“To cap it all, during the commissioning of the Zobe Regional Water Supply Scheme in Dutsin-Ma, Katsina State on Thursday July 15, 2021, President Buhari urged the National Assembly to quickly pass the same flawed Bill” he said.

In his submission, comrade Sani Baba, Regional Secretary for Africa and Arab Countries, Public Services International, (PSI), there is a mountain of evidence for why private corporations should not be given monopoly powers, especially concerning essential public services, such as water supply.