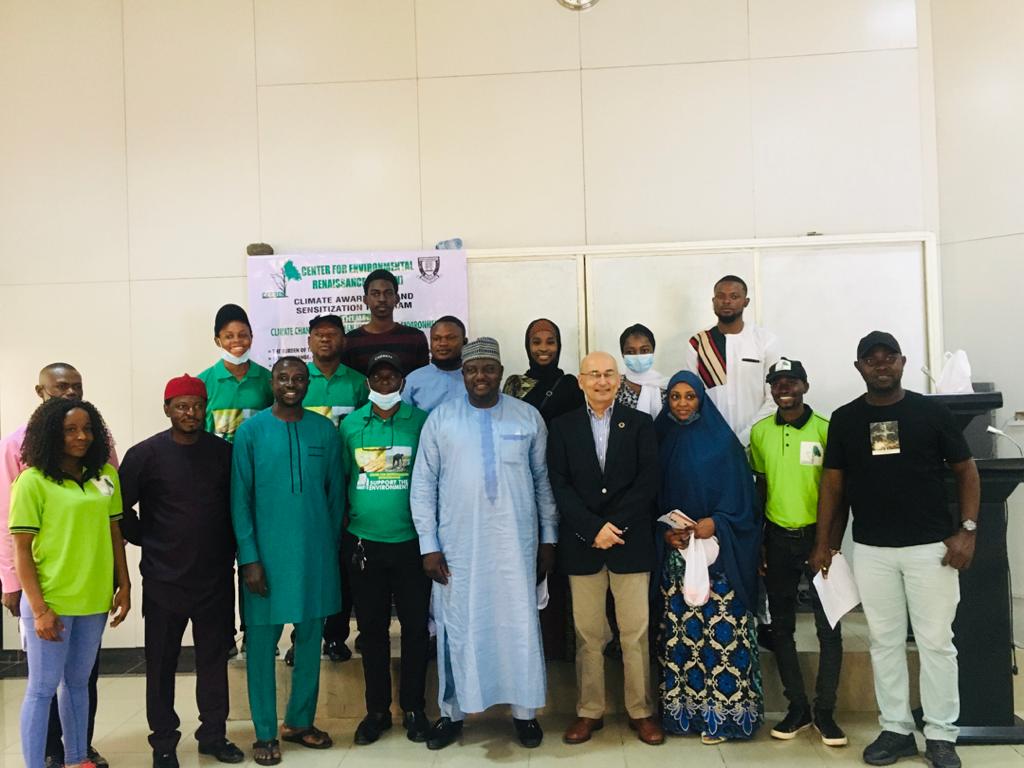 CEEREN calls for protection of environment

A Non-Governmental Organization (NGO), Center for Environmental Renaissance(CEEREN) has called on individuals, politicians and industrialists to change their attitudes towards the protecting and sustaining the environment.

The NGO made the call yesterday during a climate awareness and sensitization programme at Baze University, Abuja.

Speaking at the program, Bldr.Mohammed Rabiu,in a paper titled; “the Burden of Environment”, said every one is guilt of abusing the environment.

“We dig ditches at the detriment of the ecosystem of environment. We have caused serious security and social effect to the environment”.

He explained that a Food Agriculture Organization (FAO), gave the amounts of deforestation in the world between 2015 and 2020 as 10 million hectares per year.

“It is also estimated that 420 millions hectares of forest have been lost.

“The loss of forest is a loss of earth terrestrial biodiversity. All of the illness we suffer today have their cure in these forest, yet we destroy them with reckless abandonment”.

Bldr. Rabiu explained that, ”today’s global warming is a serious environmental issues and a considerable burden on the environment.

“Climate Change has become a phenomenon where it becomes impossible to predict weather conditions over a long period of time”.

He said people must be friendly to environment and stand to protect the earth.

Presenting his paper on the title climate change cause, impacts and solution, Engr. Giorgio Radoglou stated that human activities cause climate change and global warming.

“We don’t need to doubt climate which is already here and is getting worst by the day”.

Radoglou said government must lead the way to curb climate change, saying that there is no time to procrastinate in climate action.

He advised individuals to look in to their attitudes towards what they consume.

“They can do that by avoiding single plastic, reduce meat, use detergent moderately and recycle materials among others .

Also speaking, Dr. Ishaya Sunday of Department of Geography and environment management,university of Abuja, spoke on how deforestation impact has affected human and environment.

Sunday, said the implications of desertification can be found in lower cloud, social, religious, culture, economic and land grabbing among others.

He said deforestation can be addressed through afforestation, improvement in agriculture to reduce hunger and improve grazing land among others.

Earlier,in his welcome address the Registrar of Baze University, Mani Ahmad urged the individuals to be environmental conscience and friendly.

“Individuals can achieved this goal more by focusing on how to address the human and environment impacts on us.

Meanwhile, the Secretary of CEEREN, Oghenemere Edwin, said “the NGO took their time to ensure that we speak so much about on environmental impact in order for people to get to have deep knowledge and be sensitize on the human impact of endangered the environment.