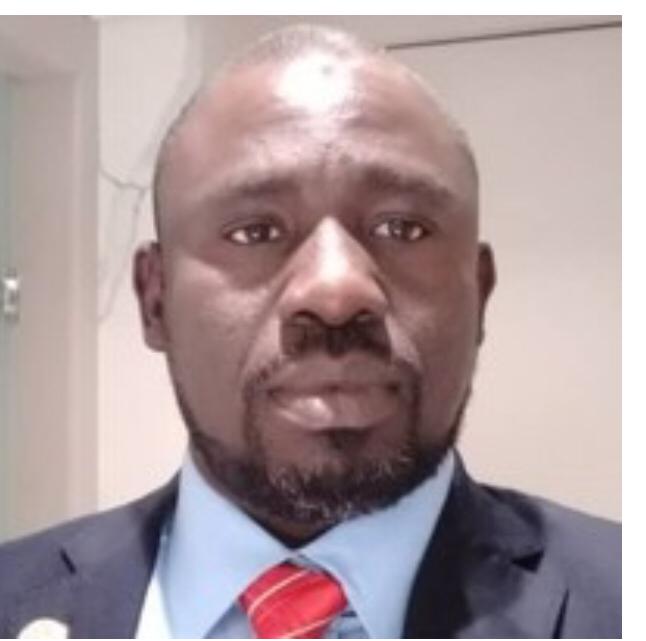 Posted By: Editoron: September 30, 2021In: OPINIONTags: No Comments
Print Email

Cultural diplomacy between Nigeria and China has been growing since the establishment of China Cultural Center in the country, to ensure adequate and effective mutual communication, trust building and cultural exchanges between the two giants. China and Nigeria celebrate cultural festivals together, share tourism ideas, educational exchanges, cultural fashion expo and cultural colloquia among others. The significance of cultural diplomacy transcends traditional songs and dances, but cooperation and cultural relativism for the two sides to appreciate each other’s culture. The latest in this sequence was the celebration of the Mid-Autumn Festival organized by the China Cultural Center on September 21, 2021.
The Mid- Autumn Festival is a traditional Chinese holiday that symbolizes harvest and family reunion. It is also tantamount to Thanksgiving Day in which family members get together and enjoy the full moon. This also symbolizes harmony and luck in Chinese culture hence people in this period share the delicious moon cakes. In what was organized by the China Cultural Center, the event was tagged “Moon Festival and National Day Celebration: China-Nigeria Cultural Week,” saw the 21st to 28th of September, 2021 as the week in which many activities were being observed such as the Golden Jubilee Photography Contest, Short Video Contest, Chinese Calligraphy Competition, China-Nigeria Film Week and Photo Exhibition.
In this journey of cultural diplomacy and integration, Star Times which is a Multinational Media Company is not left behind in the promotion of cultural diplomacy between China and Nigeria. Founded in 1988, the company has become a major system integrator, Technology provider, Network Operator and content provider in African television broadcasting industry. Since its emergence in the African market, Star Times has developed a mission “to ensure that every African family can access, afford, watch and share the beauty of digital TV” in an era when many African families could not afford digital receiver.
In its resolve to consolidate such cultural diplomacy and integration, and in its contribution to joint National Day Celebration between China and Nigeria, where the two celebrate their National Days on the 1st of every October, Star Times is showing some movies in its various channels such as NTA Entertainment and Kungfu Channel among others. Some of these interesting movies that deliver messages of mutual understanding, cooperation and lessons are: 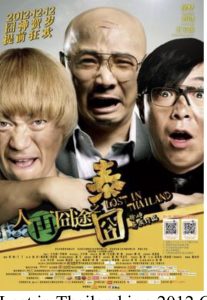 Lost in Thailand is a 2012 Chinese comedy film directed and co-written by Xu Zheng and starring Xu Zheng, Wang Baoqiang, and Huang Bo. The film is about three Chinese men traveling in Thailand: two competing scientists searching for their boss, and a tourist eager to explore the country. The film is Xu’s directorial debut. According to Du and colleagues, within the first week, the film’s box office revenue reached ¥310 million RMB and set the first week box office record for Chinese cinema. As of January 27, 2013, the film had collected ¥1.3 billion RMB in Mainland China with over 39 million moviegoers. This elevated it to the highest-grossing Chinese-language film in China’s history at that time. This movie shows that people can actually act in their own language and culture, and still promote their cultural industry. This is something that Nigeria is trying to explore especially in acting movies using the local languages for domestic market and with English subtitles for foreign consumption.
Monster Hunt 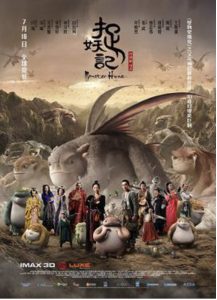 Monster Hunt is a 2015 mainland Chinese-Hong Kong 3D fantasy action-comedy adventure film directed by Raman Hui, and starring Bai Baihe and Jing Boran. The film was released in China on 16 July 2015 in 3D and IMAX 3D, and in countries including Malaysia, Singapore, South Korea and Japan. Upon release, it became a huge commercial success, breaking numerous box office records, including as the highest-grossing film in China, before the Mermaid took the crown in 2016. It opened in North America on January 22, 2016 in 2D and 3D by Film Rise. A sequel, titled Monster Hunt 2, was released in China in 2018. This movie shows the significance of fairytales based on the belief and culture of a people. The film takes place in ancient China, where the Humans existed alongside the Monsters. They once shared the world in peace and harmony until the Humans drove the Monsters out from their home, for they sought total dominion over their lands. Recently, a civil war took place in the Monster Realm which resulted in the usurpation of the Monster King’s throne from a treacherous minister, who later sought the Monster Queen and her unborn baby, and the Monster Queen fled to the Human Realm.
American Dreams in China: 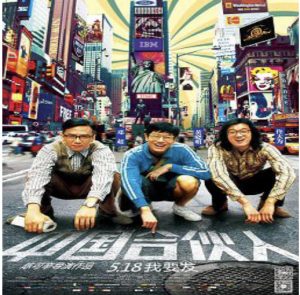 American Dreams in China is a 2013 Chinese film directed by Peter Chan and starring Huang Xiaoming, Deng Chao and Tong Dawei. It was shown at the 2013 Toronto International Film Festival. It is based on the story of New Oriental. Three young Chinese men from poor backgrounds achieve success by establishing a reputable English teaching school. This shows that people can harness their potentials regardless of their socio-economic background. It is also a lesson for our teaming youth to cultivate the teaching of this movie by not relenting and not being lazy in actualizing their dreams.
Detective Chinatown 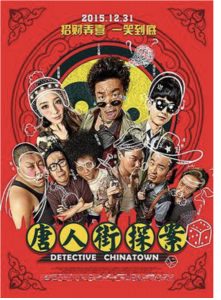 Detective Chinatown is a 2015 Chinese comedy-mystery buddy film directed by Chen Sicheng and starring Wang Baoqiang and Liu Haoran. It was released in China on 31 December 2015. A sequel, was released in February 2018, and a third film was released in February 2021. After being rejected from a police college, Qin Feng (Liu Haoran) goes to Bangkok for a vacation. He plans to spend time with his “uncle” Tang Ren (Wang Baoqiang), who is reputed to be the number one detective of Chinatown in Bangkok. Tang Ren turns out to be a sleazy petty swindler who is an underling of incompetent police sergeant Kon Tai (Xiao Yang). Meanwhile, the main suspect in a gold robbery case, Sompat, is murdered and the gold goes missing. The gold belongs to prominent local gangster Mr. Yan (Chin Shih-chieh). Kon Tai and his ambitious rival Huang Landeng (Chen He), are put into competition by the police chief to solve the case and retrieve the gold in order to be appointed the next deputy chief. 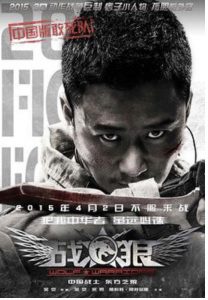 Wolf Warrior is a 2015 Chinese 3D war action film directed by Wu Jing. It stars Wu Jing along with Scott Adkins, Yu Nan and Kevin Lee in pivotal roles. It was released on 2 April 2015. A sequel, titled Wolf Warrior 2, was released in China on 27 July 2017 and became the all time highest grossing film in China. In 2008, a combined task group of People’s Liberation Army Special Operations Forces and Chinese police raid a drug smuggling operation in an abandoned chemical facility in southern China. The leader of the smuggling operation, Wu Ji, holds one of his own men hostages while taking cover behind a section of the facility’s reinforced wall. Leng Feng, a skilled PLA sniper, ignores orders to stand down and fires three shots at a weak section of the wall, penetrating through on the third shot and killing Wu Ji. Leng Feng is sent to solitary confinement as punishment, but is approached by Long Xiaoyun, the female commander of the legendary ‘Wolf Warriors’, an elite unit within the PLA tasked with simulating foreign tactics for the PLA to train against. Long Xiaoyun offers Leng Feng a place in the Wolf Warriors and he accepts, being airlifted to their training grounds the next day. The Wolf Warriors field leader lectures Leng Feng on the importance of teamwork to success.
The movie shows the significance of the military and the police in breaking the cells of drug smugglers and terrorist groups through organized team work.
The Monkey King 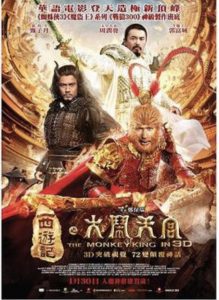 The Monkey King is a 2014 Hong Kong-Chinese action-fantasy film directed by Cheang Pou-soi and starring Donnie Yen as the titular protagonist Sun Wukong. Yen also serves as the film’s action director. Production began in Beijing on 18 October 2010 and was filmed in 3D. The plot is based on an episode of Journey to the West, a 16th-century Chinese literary classic written in the Ming Dynasty by Wu Cheng’en. It was released on 31 January 2014. A sequel titled The Monkey King 2 was released in February 2016. During an attack on Heaven, the Bull Demon King battles and loses against the Jade Emperor, the ruler of Heaven. The Emperor’s sister and Bull Demon King’s lover, Princess Iron Fan, convinces the Emperor to spare him and banishes him, Princess Iron Fan, and the rest of the demons to Flaming Mountain. The goddess Nüwa sacrifices her body to rebuild Heaven with crystals. The Jade Emperor appoints his nephew Erlang Shen to guard the Southern Gate, despite Erlang’s resentment of the task. One of the crystals falls to Mount Huaguo, taking the form of a monkey over time. A nine-tailed fox is scarred after touching the crystal and whisked away by a mysterious force. This movie shows the power of literature and significance cultural history and tradition.

If You Are the One 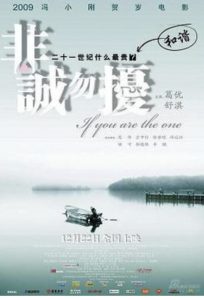 If You Are the One is a 2008 Chinese romantic comedy film directed by Feng Xiaogang and starring Ge You and Shu Qi. The film has been very successful at the Chinese box office, and has become one of Feng’s top grossing films to date, earning over ¥364 million (US$53.7 million) at the box office. Qin Fen (Ge), in his late forties, returns to China after many years overseas. He did not earn any degree while he was overseas but he is good at convincing others. After selling an “innovative invention” to a high-profile (but foolish) angel investor (Fan), Qin becomes a multimillionaire and with his new fortune, he decides to put an end to his bachelor life, advertising online for potential marriage partners, to apply “if you are the one”, that is, only if they are sincere. The movie teaches invention and creativity in which people could turn rich and uphold sincerity in order to succeed in live.
In the mainstream diplomacy, the Chinese ambassador Mr. Cui Jianchun upholds some basic goals for Nigeria in its partnership with China. Some of these goals are: political consonance, where national identity, ethnic unity and social harmony are to be achieved and to enhance comprehensive strength and influence of Nigeria at regional and international levels; in economic cooperation to modernize agriculture, industry, and the service sectors, to eradicate poverty and become economic powerhouse in Africa and the world; in Military cooperation to build capacity of equipment, intelligence and technology to counter the domestic threats and maintain peace and stability; in international coordination, to uphold the international system, international order and common values, to build a community with shared future for mankind within the framework of the Belt and Road Initiative; in people’s communication to mutually exchange, learn and understand to deepen mutual trust, broaden shared interest, promote common progress to realize the seven togetherness which are: unity, harmony, peace, concordance, consonance, kindness and beauty.
There are lessons to be learnt in the China-Nigeria Film Week, to appreciate history, cultural resilience, security and consciousness to achieve national dreams.