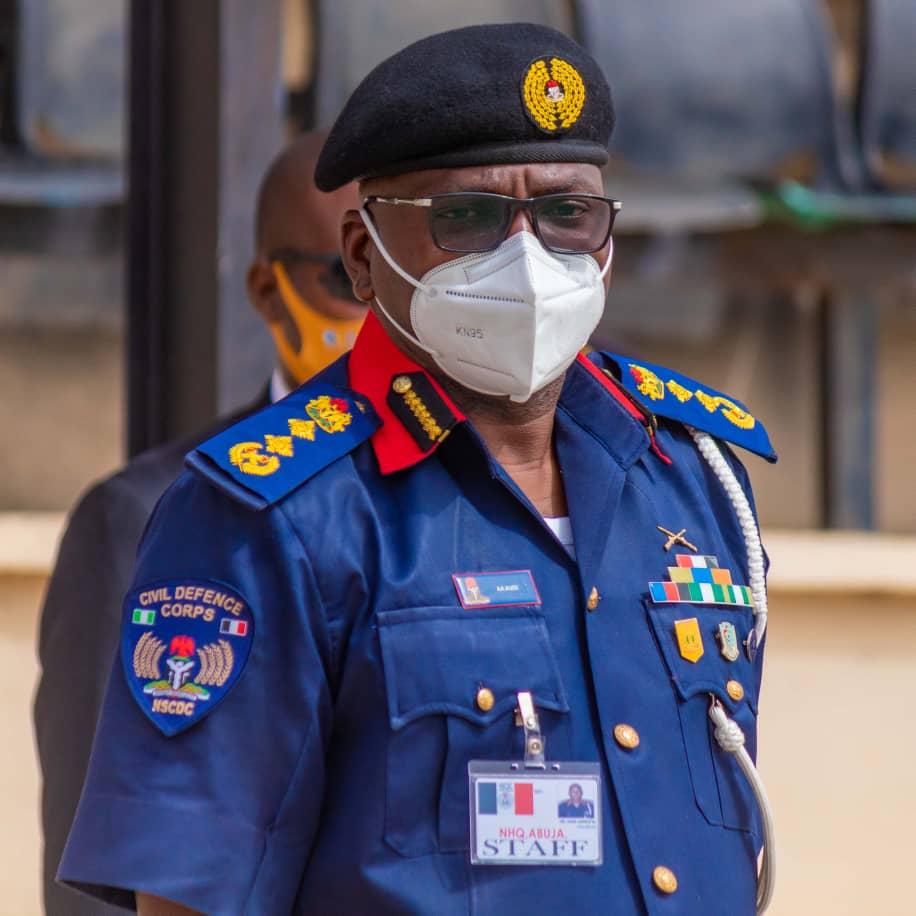 Posted By: Editoron: October 11, 2021In: NEWSTags: No Comments
Print Email

The management of Nigeria security and Civil Defence Corps (NSCDC), has described as unfounded and misleading, spurious allegation of fraud and corruption against its Commandant General (CG).

The corps in a statement issued yesterday by its Spokesperson, Olusola Odumosu, said the reports being circulated in the social media is a figment of the writer’s imagination.

“While the Corps do not wish to join issues with anyone on the matter, the CG and the management team wish to assure the public of its sincerity to rejig, reform and restructure the Corps in line with clear ministerial directive to nip the current security challenges in the bud.

“The public is therefore advised to be wary of any frivolous, misleading and malicious information that is meant to distract the CG from the good works he is doing. The Corps remain a committed, selfless and utterly disciplined organization with an above-board operational efficiency and coordinated strategy to ensure the fulfilment of its core mandates.”