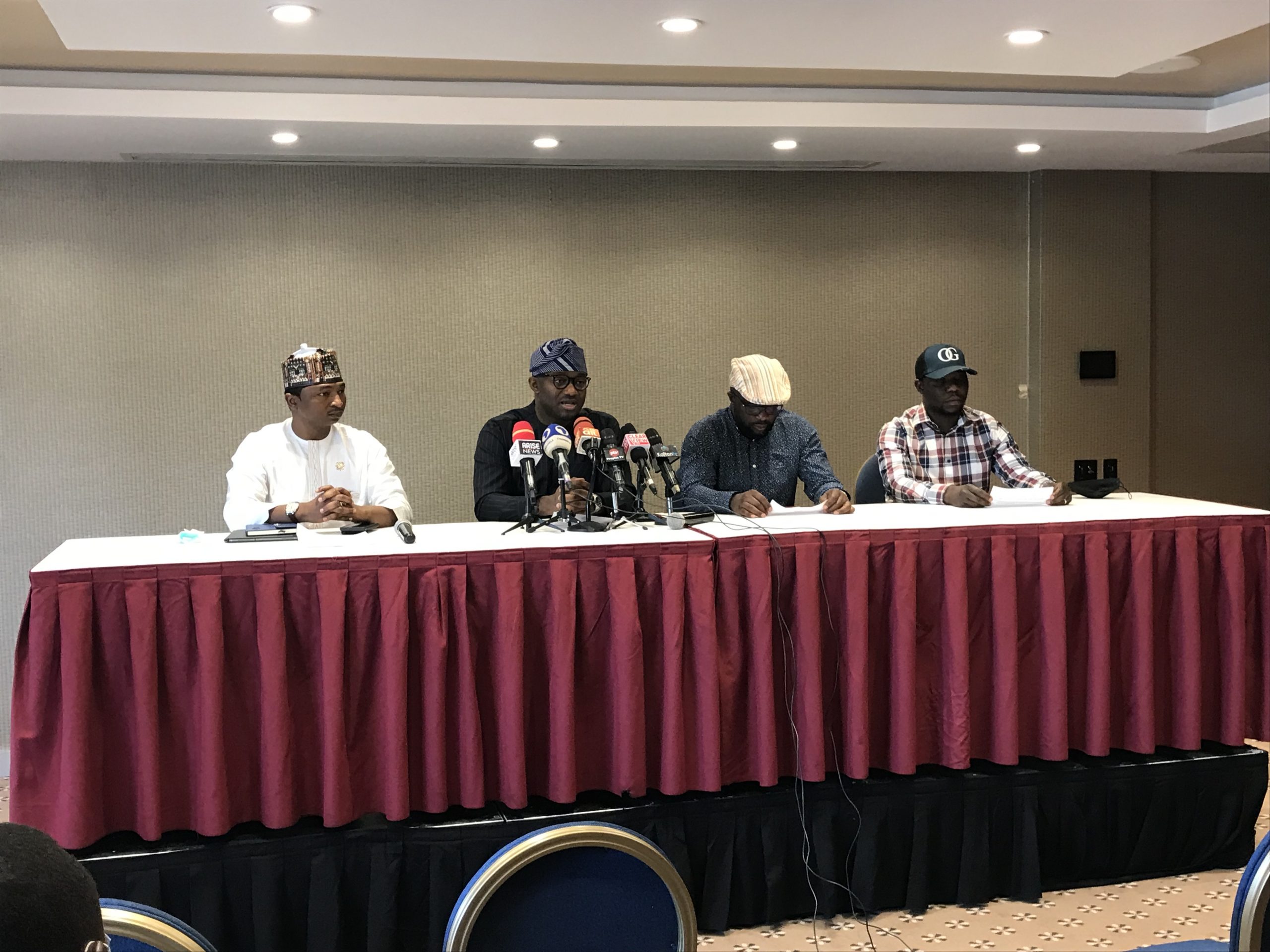 Posted By: Editoron: October 29, 2021In: NEWSTags: No Comments
Print Email

Worried by the crisis rocking the Plateau State House of Assembly, Not Too Young To Run Movement has called on President Muhammadu Buhari to issue a directive to security agencies to restore order in the House and accord Ayuba Abok, the surly elected Speaker, the full legal and and security protection to preside over legislative businesses without intimidation and interference.

Speaking while addressing journalists on Friday, in Abuja, Convener of the Movement, Samson Itodo, called on the National Assembly to take legislative action to uphold the constitution and defend democracy.

“The National Assembly should invite the Inspector General of Police and Director-General of Department of State
Services for questioning over the involvement of these institutions in the constitutional breach.

“That the State government respects the doctrine of separation of powers enshrined in the Constitution and ensures it refrains from interfering with the business of the House or undermining its legitimate leadership.

“That the eight legislators and their benefactors be held to account for subverting a constituted authority and undermining the Constitution of the Federal Republic of Nigeria.”

He recalled that, on Thursday 28 October 2021, six members of the Plateau State House of Assembly convened an unlawful sitting of the House, to subvert the constitution.

“At the illegal sitting, they initiated an impeachment of the Speaker of the Plateau State House of Assembly, Rt. Hon Ayuba Nuhu Abok, one of Nigeria’s
young Speakers of state legislatures.

“Reports indicate that the purported impeachment initiated
by the Deputy Speaker Honourable Sale Yipmong was executed under questionable circumstances. First, contrary to the rules of the House, which stipulate 9:00 am as official sitting
time, the sitting held before the official time of sitting of House. Second, the Department of State
Services (DSS) and the Nigerian Police barricaded the Plateau State Assembly. Only the six members who executed the impeachment were granted access to the Assembly complex.

“The Not Too Young To Run Movement condemns in its entirety the conduct of the eight legislators whose actions are capable of jeopardizing our democracy and undermining youth representation
in public office. This act of legislative rascality is intolerable and highly condemnable.”

On his part, the Speaker thanked the leadership of the nottytr, the platform that produced him.

“What happened in Plateau state is very unfortunate, that someone that has headed that institution, a former speaker, a former lawyer, a leader of the 19 northern governors forum. It is very unfortunate that these are the kinds of leaders we have that don’t respect the constitution of federal republic of Nigeria.