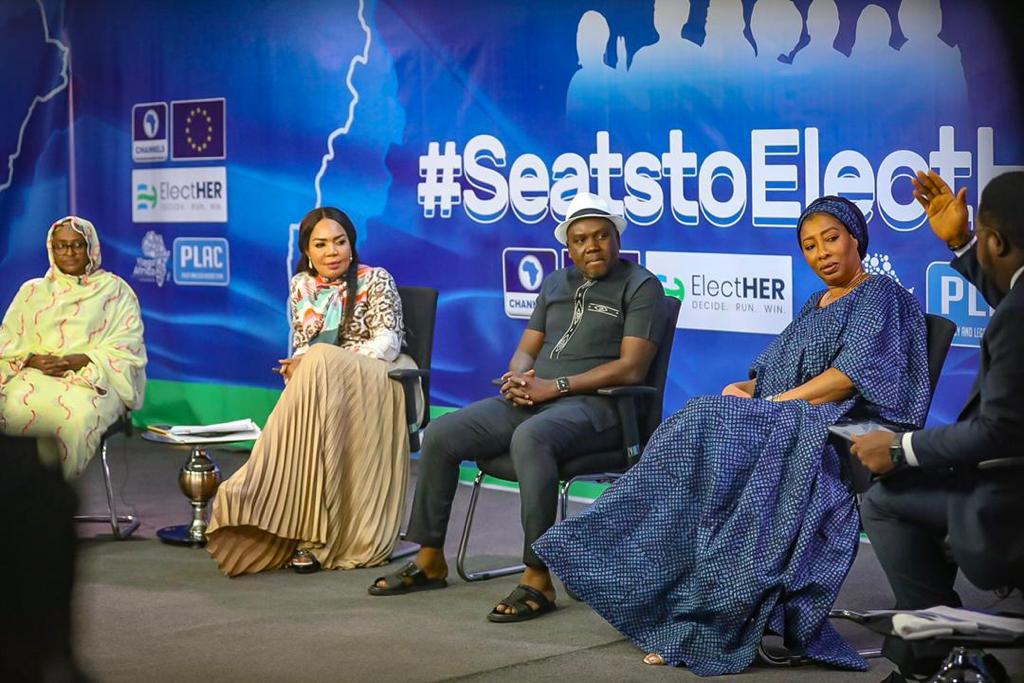 Posted By: Editoron: December 04, 2021In: NEWSTags: No Comments
Print Email

Omo-agege who was represented by his Special Assistant on Legal and Constitution, Daniel Bwala said this during a town hall on the proposed “Reserved Seat Bill” legislation to create additional special seats for Women in the National Assembly and State Houses of Assembly.

As part of the ongoing Constitutional amendment, by the 9th Assembly, there has been an introduction of the “Reserved Seat Bill” (“the Bill”) which is “A Bill for An Act to alter the provisions of the Constitution of the Federal Republic of Nigeria, 1999 (as amended) to create additional special seats for Women in the National Assembly and State Houses of Assembly”.

The townhall is organized by ElectHER in partnership with Yiaga Africa and Policy and Legal Advocacy Centre (PLAC) to raise public awareness about the bill and its potential to directly lead to an increase in women’s political representation.

Speaking during the townhall hosted on Channels Television on Friday, Bwala said the deputy senate President is excited about the bill as he had initially pushed for similar bills that protects the rights of women. He said, “the role women play in the nation are roles you cannot deny and their influence is immeasurable,” saying the most powerful countries in the world advocate inclusion.

He however said, there is need to escalate the conversation on women inclusion in politics through community organizing. He said, “you can leverage on constituency where the men come from to influence their decision”.

Bwala also recommended that, the law must also be amended to mandate political parties to adhere to the provision of the bill that reserves additional seat for women in the parliament.

Sponsor of the “Reserved Seat Bill” Rt. Hon Nkeiruka Onyejeocha expressed optimism, saying at least over 120 male lawmakers are behind the bill including the Speaker of the House, Rt. Hon Femi Gbajabiamila who is co-sponsoring the bill on women inclusion.

She said the bill was proposed due to experience that women have gone through in recent years.  She said, before the brought it to the floor of the house, we met with attorney general and made a lot of consultation in a bid to remove all possible gender barrier to women participation.
Members of the House of Representatives, upon the first reading of the bill unanimously gave assent for a second reading which the bill scaled on Wednesday, 28 April 2021. It is important to note that the bill is the first to ever have the unanimous support of the male members of the House. As such, it presents a great opportunity to ensure more women get elected to the State and Federal Assemblies in the next election if passed.
Also speaking during the town hall, Chair House committee on electoral matters Honorable Dukku lamented the age-long marginalization of women in politics. She said  beyond the cultural barrier women face, there is deliberate manipulation of the system by men to restrict women participation in politics to just voting and campaign materials.
“It’s sad that Nigeria have less than 1% female representation in Nigeria”. “My biggest fear on the passage of this bill is the commitment of the National Assembly and the political parties, she said.
Honorable Nnenna Ukeje, former house of representative member revealed that Abia state is the only state without a female house of assembly member saying “we have to work twice as hard to be thought as half as good”.  She said the age-long stereotypes has also hindered women and women face the same hurdles across the country.

She however remains optimistic that, most of the women currently in the national Assembly have demonstrated competence and have earned respect of the men. Thus, the bill according to her is absolutely important in a bid to give women their voices.

She also called on Civil Society Organisations to support women inclusion and tell the story of the Reserved Seat bill to remove any form of uncertainties saying the additional seats will only affect one percent of the budget.