TRENDING NEWS
GMT+1 10:31
Home Uncategorized SDGs: Will the Nigerian child be free by 2030 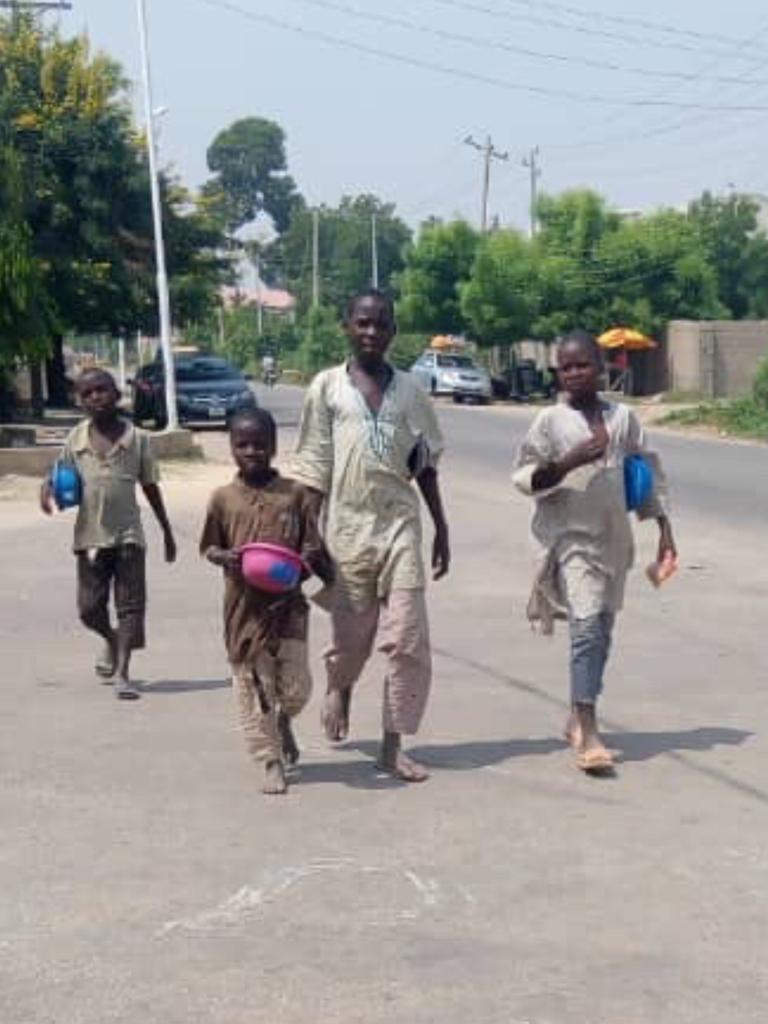 SDGs: Will the Nigerian child be free by 2030

Posted By: Editoron: August 24, 2022In: UncategorizedTags: No Comments
Print Email

When the United Nations member states signed on to the Sustainable Development Goals (SDGs) in 2015, many children international organisations of note like; UNICEF and Save the Children were delighted to see a move that could free children from man made and societal challenges.

They were delighted, envisioning an end to Goal One (No Poverty), Goal Two (Zero Hunger) Goal Three (Good Health and Well-being), Goal Four (Quality Education) by 2030.

SDGs initiative was a universal call to action aimed at addressing poverty, protect the planet and ensure a peaceful world by 2030.

But in Nigeria, the hope of addressing the SDGs goals that relates to children is dwindling 8 years to 2030.

If anything, the situation of the Nigerian child is getting worst despite efforts by international organizations to provide succour.

Currently, Nigeria continues to lag behind when it comes to socio-economic development that targets childrens’ rights. The country had also failed to achieve the Millennium Development Goals (MDGs) which had similar development aspirations and a similar 15 year implementation period.

In 2019 SDGs index, Nigeria ranked 159th among 162 countries compared in terms of their achievement of the Sustainable Development Goals (SDGs). Nigeria’s performance score of 46.4 is just a little above the score for the Central African Republic, a country sitting at the lowest rung of the index.

Nigeria has an estimated population of 213 million and and GDP of 45 trillion naira as at the third quarter of 2021, making it the largest economy in the continent. But between 1951-2021, the number of people living in Nigeria increased at a rate above two percent with a current death and infant mortality rate of 11.188 and 56.220 deaths per 1000 live births respectively.

Also, despite all these records, Nigeria in 2019

became the global headquarters of poverty with an estimated 91.8 million of its population living in extreme poverty.

This report added that MND causes an increased financial burden on the healthcare system and an indirect loss of productivity.

The National Demographic and Health Survey (NDHS), 2018 in its indices on malnutrition said Nigeria ranked 1st in Africa and 2nd in the world in terms of number of children malnourished.

It said 14 million children in Nigeria are stunted, 3 million wasted while 24 million are anaemic.

“The average annual rate of reduction for stunting is only 0.4 per cent points per year. Also, 25 million people are hungry, 14.5 million people suffer from Acute Food Insecurity”.

Speaking at a two-day media dialogue in Enugu State recently, Ezinwa, Chidiebere Anthony, Department of Mass Communication, Enugu State University of Science and Technology, said SDGs cannot be achieved until the rights of children are fulfilled.

At the workshop organized by UNICEF in collaboration with the Child Rights Information Bureau (CRIB) of the Federal Ministry of Information and Culture, Ezinwa said the government must take action that will not endanger the future, health, and education of children in the country.

“No one must be left behind, including children. The child is a right holder,” he said.

He said Nigeria domesticated the Child Rights in 1993 but has still not gotten it right in observing and giving full attention to the rights of a child.

He said some children are turned into adults overnight when they are forced to leave school, do hazardous work, get married, or be locked up in adult prisons.

“We need to understand that a sustainable future depends on how we meet the needs of children and young people today is important. The quality of our children now determines the future of Nigeria,” he said.

He added that 70.3 percent of Nigerian children live in poverty while 23.3 percent live in extreme poverty.

“Existence of poverty means denial of rights. Poverty is a major factor in the denial of some children’s rights. Eg access to quality education, malnutrition, child marriage, access to health facilities.

“144 million children under age 5 were affected by stunting in 2019, with three quarters living in Southern Asia and sub-Saharan Africa.

“In 2019, 6.9 per cent (or 47 million) children under 5 were affected by wasting, or acute under nutrition, a condition caused by limited nutrient intake and infection. Malnutrition infringes on the child right to life, proper nutrition, health, quality education.

“Of the estimated 170 million people living in Nigeria, 75 million do not have basic literacy skills. 10.5 million children are out-of- school children- the highest number of out- of -school in the world. One third of Nigerian children are out-of-school, and one in five out-of-school children children in the world is a Nigerian. 27 percent of teachers are not qualified. Teacher pupil ratio of 1:65. 37 percent classroom shortage.

Also, UNICEF said about 18.5 million children, the majority of whom are girls, do not have access to education in Nigeria, a figure up sharply compared with 2021.

Last year, UNICEF estimated that 10.5 million children were out of school in Africa’s most populous country.

“Currently in Nigeria, there are 18.5 million out-of-school children, 60% of whom are girls,” Rahama Farah, the head of the UNICEF office in Kano, said.

The numerous attacks on schools by jihadists and criminal gangs in the north have particularly harmed children’s education, Farah said.

“These attacks have created a precarious learning environment, discouraged parents and guardians from sending their children to school,” Farah said.

Since the 2014 Boko Haram abduction of 200 schoolgirls from the northeastern town of Chibok, dozens of schools have been targeted in similar mass abductions.

Last year, around 1,500 students were kidnapped by armed men, according to UNICEF. While most of the young hostages have since been released for ransom, some still remain in captivity in forests, where armed groups hide out.

In the predominantly Muslim north, Farah said, only one in four girls from “poor and rural families” completes middle school. Insecurity, he stressed, “emphasizes gender inequalities.”

Mass violence and kidnapping have forced the authorities to close more than 11,000 schools in the country since December 2020, according to UNICEF.

The U.N. agency has since warned of an increase in reported cases of child marriage and early pregnancy.

In 2017, the World Economic Forum ranked Nigeria 120th out of 136 countries with regard to the quality of primary education.

Speaking on the rights of the child, an expert who is familiar with children issues in the northern part of the country, Hajiya Maryam Garba said despite adoption of the Child’s Rights Act in 2003 and the African Charter on the Rights and Welfare of the Child, the country’s constitution does not expressly gives consent.

“The constitution states that; for an international law to take effect, Nigeria’s legislature must create a national version. Also, the law is not automatically bound on the 36 states because of the federal system of government.

“As it stands, only 11 states, all in northern part of the country have not domesticate the Child’s Rights Act.

“There are no records of discussions or debates about the Act in these state legislatures. It has been argued that other laws, including the constitution, are able to protect children. But children in those states are still subject to practices like early marriage, female genital mutilation and begging.

“Some of the problems affecting the passage of the law includes ethnicity and religion. “

She said prominent legislators from the north, characterised the Child’s Rights Act as anti-culture, anti-tradition and anti-religion.

“They do not agree that a child is someone bellow 18. In that part of the country, Child marriage is a prevalent practice in Children about the age of 10 or 12 years get betrothed or married off. This practice also affects their health and educational development. Their growth is cut short by circumstances beyond their control. Unfortunately, these are some of the gory challenges facing the Nigerian child today.”

But the Senior Technical Adviser, Office of the Senior Special Adviser to the President (OSSAP) on Sustainable Development Goals (SDGs), Dr Bala Yusuf Yunusa assured that Nigeria is on track to achieving SDGs goals by 2030.

He stated this on Tuesday in Abuja, during Civil Society Organisations (CSOs) engagement with SDG office on the updates of Health and Nutrition related SDGs goals.

The official said the country is working assiduously on policies and programs to ensure that negative indicators are reversed and on track to meet the children and nutrition SDG3 before 2030.

At the meeting organised in collaboration with the Save the Children International (SCI) in Abuja, Bala said children and nutrition are related in the SDG3 and in some components of SDG2, adding that the Ministry of Health are implementing policies and programs to achieve these.

He said before 2030, all indicators will be on track, saying that the implementation is happening in the Ministries Departments and Agencies (MDAs) as they all have a mandate for a particular SDGs.