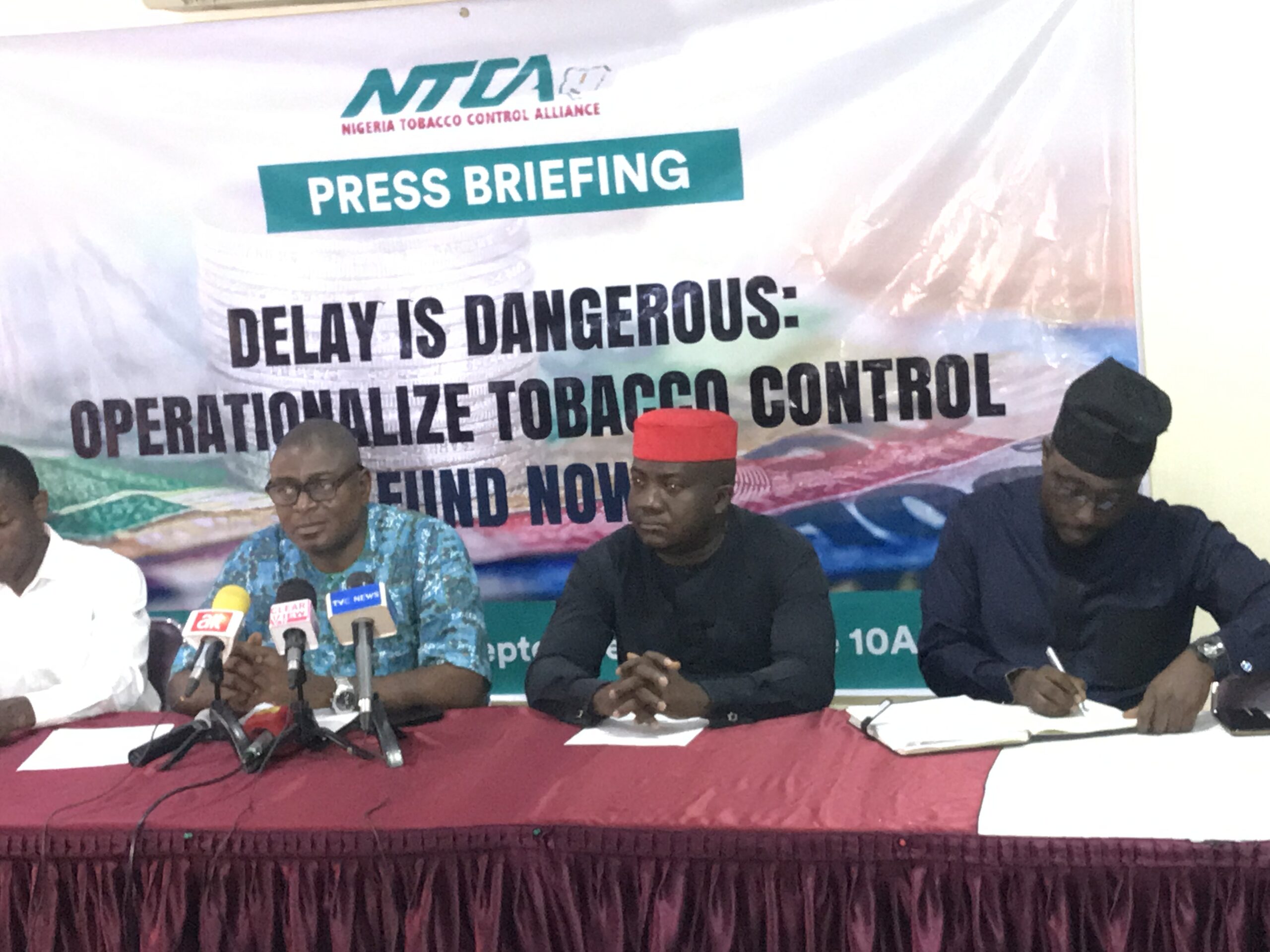 Posted By: Editoron: September 01, 2022In: UncategorizedTags: No Comments
Print Email

Chairman, NTCA , Akinbode Oluwafemi , stated this yesterday during a press conference in Abuja.

He said the delay has made Nigeria to lost a lot of funds that should accrue to it through licensing of tobacco industry players .

“This is one of the dangers of having the tobacco control fund fully operational”.

Ambode said the unavailability of an operational account for the payment of licensing fees makes the operations of tobacco manufacturers, importers and distributors in the country illegal, as the companies have no licenses to back their operations.

He expressed worry that despite comment of the ministry of health in June, during a ministerial press briefing to commemorate 2022 world no tobacco day, nothing has been done.

He maintained that,”we have watched and waited patiently to allow the ministry enough latitude to make good their promises.
“We are not longer at ease it now over two months since the ministry made the pledge without any sign of fulfillment”.
He noted that, it is not a secret that tobacco activities in the country are grossly underfunded and this ugly delay negatively impacts important tobacco control work .

On his part, the Pogramme Officer NTCA, Chibuikem Nwokorie, urged governments at all levels to do the needful and play their part.

“They should have ownership by having this fund.”

He urged media to put government on their toes to ensure success in this area.

“The fund needs to be operationalized without any delay”.