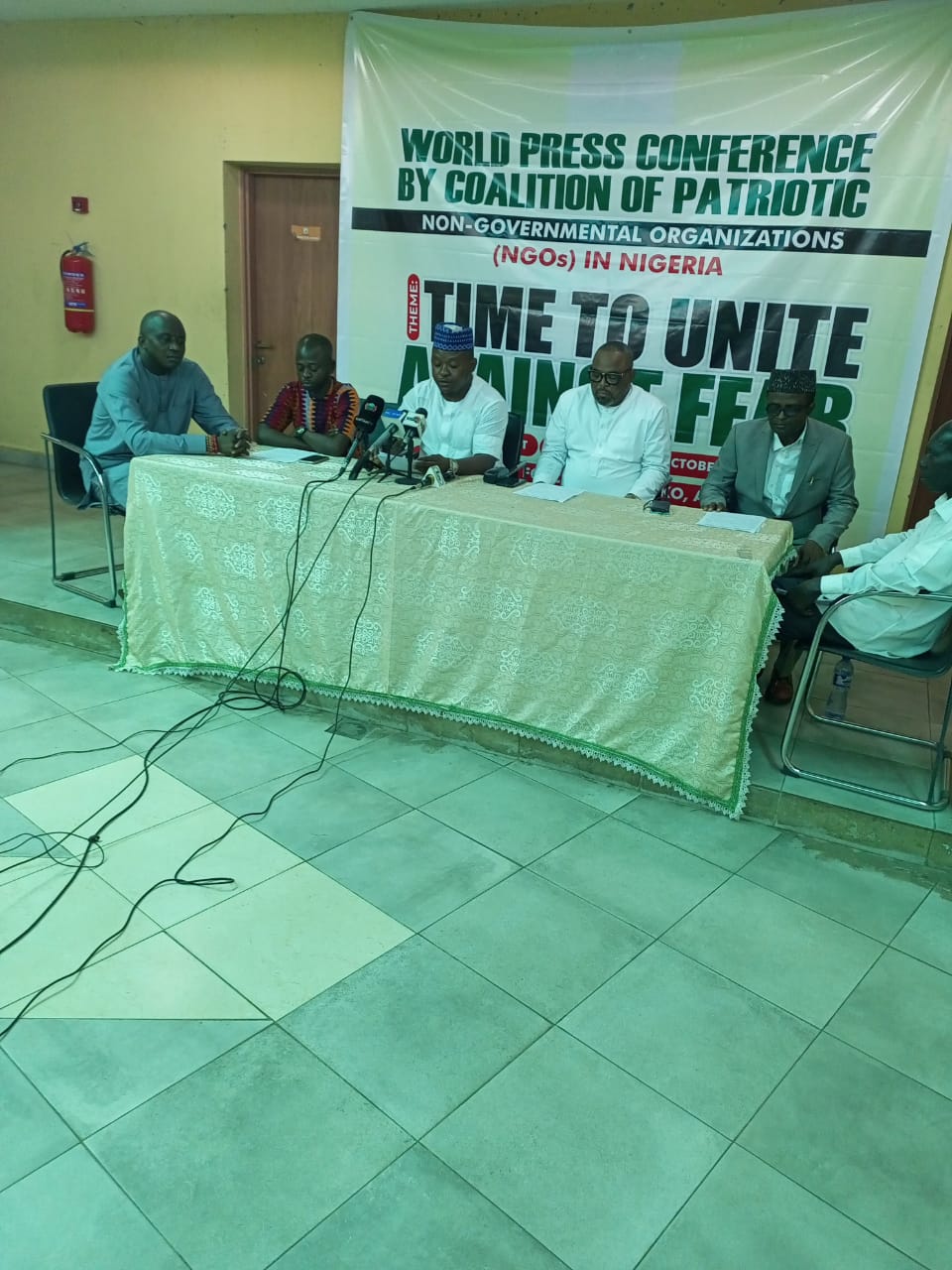 Posted By: Editoron: October 29, 2022In: UncategorizedTags: No Comments
Print Email

Worried by the recent security advisory issued by the United States (US) embassy in Abuja, a coalition of civil society organisations (CSOs) has alleged that the alert was a calculated move to destabilise the country.

While warning the US against attempts to bully, or stampede the Nigerian State into doing its bidding, the NGOs insisted that security agencies, especially the Military, Department of State Services (DSS), as well as the Nigeria Police have continued to strengthen their intelligence-driven operations.

This is with a view to guaranteeing security and public safety in all parts of the country, while also denying enemies of state freedom of action.

The coalition argued that against the backdrop of ongoing efforts to contain criminal elements and their activities, such security advisory was unnecessary.

The groups include Coalition for Peace In Nigeria (COPIN), Coalition of Nigerians for National Sovereignty and Unity (CONNSU), Save Nigeria Movement (SNM), Celebrities United for Peace (CUP), and Citizens Watch Advocacy Initiative (CWAI).

Addressing journalists, Saturday, on the implication of the threat alert, Coordinator of COPIN, Mr. Emeka Akwuobi, called on the citizens to rise above fear and anxiety, and continue to support security agencies.

The coalition wondered what the foreign nation set out to achieve with its threat alert, considering the fact that the DSS Nigeria Immigration Service (NIS), and the Nigeria Security and Civil Defence Corps (NSCDC), had issued security advisories of plans by terrorists to target soft spots in parts of the country

“For the avoidance of doubt, the US is preparing for elections, and is customary with the so-called ‘world police’, nations considered not to be in tune with her aggressive disposition, are often whipped into line.

“Having regard to our patriotic role as contemporary ‘watchdogs’, we wish to inform the public that, as always, the Democratic Party wants to continue in the usual opportunistic pastime of using the tool of destabilisation, to gain, or retain power, in the case of the subsisting government.

“With your kind permission, gentlemen of the press, we wish to raise the following posers:

“Why is this misguided, misdirected security advisory coming few months before elections in most parts of the country?

“Is it a coincidence that few days after the suspicious alert, a similar cul-de-sac – literally speaking – was visited on South Africa?

“Whereas Nigeria leads the way in the West African sub-region, South Africa is, unarguably, the biggest player in the Southern African geographical construct.

More importantly, he noted that: “This press statement has become urgent and compelling, to warn and alert the public that plans are afoot to re-engineer the prediction of disintegration. This is, therefore, an auspicious moment for us as Nigerians to come together and fight against insecurity, criminality and other forms of threats to national security, and corporate existence.

“If anybody has any grievance(s), they are enjoined to, as a matter of patriotic national duty, bring it to the attention of security agencies, whose duty it is to act on behalf of the State.

“…may we not witness the day when, in the pursuit of their own interest, our dear nation will be used as field of play. We must resist, with the last drop of our Nigerian blood the temptation to live in panic, fear and lack of confidence in the ability of our government to confront common existential threats.

“It is heart-warming to note that our security services- the DSS, Nigeria Immigration Service and Nigeria Security and Civil Defence Corps – have all issued security advisories of plans by terrorists targeting soft targets in the country.

“In April, the DSS warned Nigerians of planned attacks but has gone ahead to destabilise terror cells and their networks in Nigeria leading to arrests in Kogi, Kano, Lagos and in the South Eastern part of the country. If our security architecture has issued security alerts and have braced up in confronting our common enemy and winning, why should we now believe more a security advisory by Americans to their people?